Followup on the 2010 MLB draft 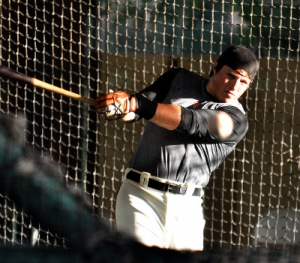 Here is how the NAIA players taken in the 2010 MLB draft did this summer.

Joseph Staley - C, Lubbock Christian, 8th round, Giants - Played 33 games for the AZL Giants, batted .250, five home runs, 25 RBI. He will be spending the Fall in the Instructional League in Scottsdale, AZ.

New bat restrictions for the 2011 season

The NAIA is following the NCAA's lead in requiring that only bats conforming to the "Coefficient of Restitution” standard will be legal for use, starting with the 2011 season.

Coefficient of Restitution bats are less lively than existing aluminum bats, and are intended to produce the same batted-ball speed as a wooden bat.

Now, what does this mean?

First, any aluminum bats you now have in your closet are illegal. You may as well ship them off to a baseball-playing Third World country such as Cuba, Nicaragua, or Guatemala. 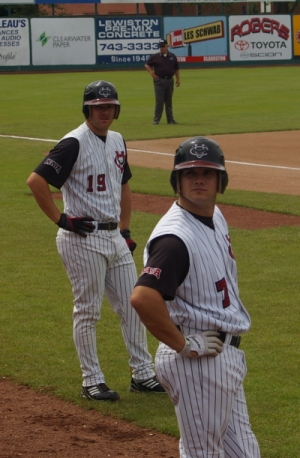 Results from day five of the NAIA Baseball National Championship in Lewiston, ID:

The Bulldogs hit four home runs, including a grand slam by 3B Matt Greener, to move to the championship game of this tournament.

The Bulldogs will play Lee for the championship.

Greener and RF Kris Miller entered this game with 26 home runs apiece, tied with Richard Bohlken of Lubbock Christian for the NAIA lead. Greener and Miller are now tied for the lead with 27 home runs.

NAIA National Championship Recap for May 31, 2010

Results from day three of the NAIA Baseball National Championship in Lewiston, ID:

The Blazers took a 2-0 lead in the bottom of the first when CF Jimmy Gilford hit an RBI triple, then scored on a ground out. They chased Embry-Riddle ace Jonathan Kountis in the third inning when 2B Lake Eiland scored on a passed ball, and DH Brandon Benton hit an RBI single. The game was tied 4-4 at that point. Kountis was replaced by Cory Bevis, and the Blazers got only two hits the rest of the way. Bevis went 6 1/3 innings, held the Blazers scoreless, struck out five, and walked only one. The Blazers didn’t have a baserunner beyond second base. 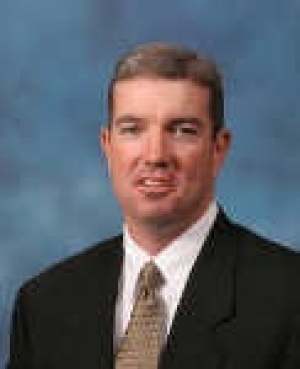 Nathan Blackwood is going into his seventh season as Head Coach of the defending NAIA Champion Lubbock Christian Chaparrals. His career record is 281-89. He played for the Chaparrals as an undergraduate, and also coached at Harding University.

Bob Broughton, The College Baseball Blog: The defending NAIA champion is someone other than Lewis-Clark State this year. Has this idea caught on in Lubbock yet?

Nathan Blackwood, Lubbock Christian: I think so. The Lubbock community has always been extremely supportive of LCU Baseball and has really done a good job of welcoming and recognizing these student athletes. This is a baseball town and has been for a long time. The people here can really appreciate an accomplishment like this.

NB: All three are doing really well. Will and Rene got off to slow starts, but came around better towards the end. Jakob started and finished well and was selected to the league all-star game. He is currently back in Lubbock finishing up his degree, but will return towards the end of next spring.

Read more...
Published in Interviews with coaches
Tagged under
Be the first to comment!
Tuesday, 26 May 2009 03:00

NAIA National Championship Recap for May 26, 2009 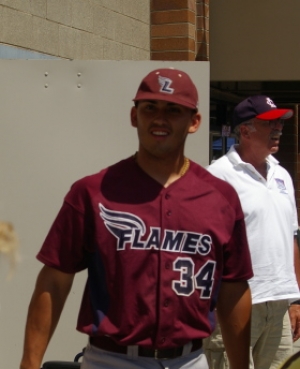 Results from Day 4 of the NAIA Baseball National Championship in Lewiston, ID:

The Vikings opened the scoring in the bottom of the second with a solo home run by 1B Andrew Starr, but the Flames took the lead for good with a two-run home run by DH Junior Rodriguez in the top of the fourth. They added one in the fifth on an RBI double by SS Brian Bistagne, and the Vikings answered with a run in the bottom of the fifth when LF Jacob Lamar scored on a ground out. 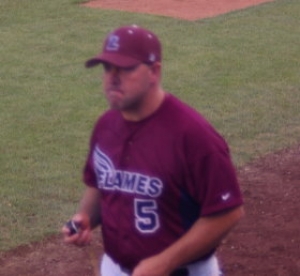 Bob Broughton: The fans here just got to see a pretty good ball game between Lee and Fresno Pacific.

Mark Brew: That was a great game. That’s what happens in the losers’ bracket, when you get two teams fighting for their lives, it gets exciting, the drama and things like that. Both teams played extremely well. Some big pitches, some big hits. [Chris] Warters got a big hit. He’s a senior All-American, and you sort of expect him to do those things. Javier Lopez was good on the mound, at the end, he’s also a senior All-American, and in the end, we had the right guys in the right positions. Also, Trey Burstrom, a junior second baseman, had a big, big double. He’s a nine-hole hitter, and he sort of got us going. 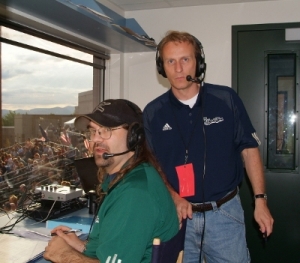 Brian Danner does radio coverage of Lewis-Clark State baseball, and all games of the NAIA Baseball National Championsip, for KOZE, 950 AM in Lewiston, ID. All games are webcast by KOZE. Here’s an interview with Brian:

Bob Broughton: How long has Lewis-Clark State had radio coverage of their games?

Brian Danner: KOZE-AM has been following the Lewis-Clark State program for the better part of three decades. Gene Hamblin and Mike Ripley were and are the pioneers of the broadcasts. They saw early on the interest in L-C baseball and were able to convince sponsors that the product would be good business for them – it was, and in my opinion, still is. Lewiston has always been a baseball town. Very educated fans with a high baseball IQ. The late Dwight Church built a powerhouse legion program that still is among the best in the state on an annual basis. Kids become involved with the game at a very early age, and for the most part stick with it into adulthood, whether as fans or softball all-stars. 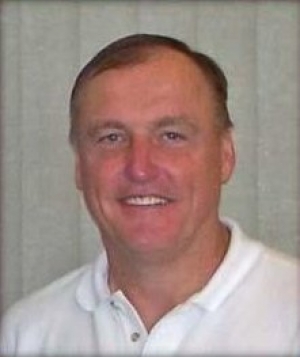 Terry Puhl, Field Manager of Canada’s entry in the 2008 Olympics, was a Major League outfielder for 15 seasons with the Houston Astros and the Kansas City Royals. He was a National League All Star in 1978 and played in the 1980 National League Championship Series vs. Philadelphia, setting a then-NLCS record with a .526 batting average. He holds the Major League record for career fielding percentage (.993).

Puhl’s day job is Coach of the University of Houston-Victoria Jaguars, an NAIA program entering its second year. He gave this interview on his way home from Beijing.

Bob Broughton, The College Baseball Blog: Do you think that baseball should be an Olympic sport?

Terry Puhl, Houston-Victoria: Yes; however, emphasis must be put on two areas. First, the qualifying structure must be as good as what was used for 2008. That makes sure the best countries are there. Secondly, MLB must be a part of the baseball planning going forward. Getting the “best” players in the world to the Games is a priority with the IOC.

Read more...
Published in Interviews with coaches
Tagged under
Be the first to comment!
Page 28 of 28