The NAIA Coaches' poll for April 23, with Boyd Nation's ISR ranking. Recap below.

The NAIA Coaches' poll for April 16, with Boyd Nation's ISR ranking. Recap below the fold.

The 2013 NAIA Baseball National Championship Opening Round will take place May 9-13, at the following locations:

Each of these locations will host a five-team double-elimination tournament. The nine winners will go to the Baseball National Championship tournament in Lewiston, ID May 24-31. 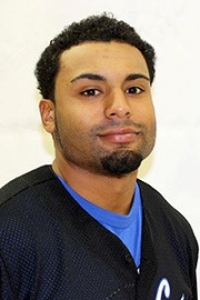 The NAIA Coaches' poll for April 9, with Boyd Nation's ISR ranking. Recap below the fold. 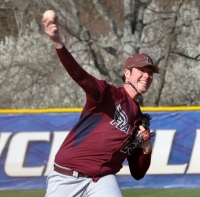 The NAIA Coaches' poll for April 2, with Boyd Nation's ISR ranking. Recap below the fold. 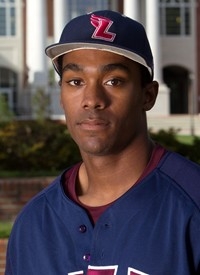 The Warriors then won the first of six games in Daytona Beach, FL. They defeated Saint Thomas 3-2. DH Eric Peterson singled in the winning run, and Carson Nylund got the win (story).

#2 Cal State San Marcos swept four games against Vanguard, 3-0, 6-2, 5-1, and 8-1. James Dykstra pitched the first eight innings of the shutout in the first game, allowed two hits, struck out 10. 3B Kenny Belzer hit a sacrifice fly in the first inning for the winning run. The losing pitcher, Kanakani Usui, went the distance, allowed only five hits. The Lions were done in by four unearned runs on four errors in the second game. LF Kyle Kuck went 2-for-3, singled in the winning run, and pitched a hitless seventh inning (story). Steve Messner went the distance in the third game, allowed four hits. Belzer went 2-for-5, batted in three runs, including the winning run. Kevin Hilton went the seven-inning distance in the fourth game, allowed seven hits, struck out three. The Cougars' first two runs came on balks (story). 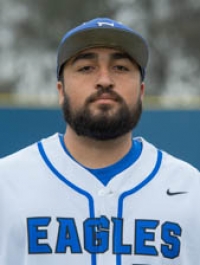 ISR #1 Lewis-Clark State is also #1 in strength of schedule. They swept four games against Menlo, 10-3, 8-1, 2-0, and 11-7. 2B Brian Corliss was 2-for-4 with a bases-loaded triple in the first game (story). RF Cody Lavalli went 3-for-4 with a home run and two RBI in the second game. Carsen Nylund and Steve Thompson combined for the shutout in the third game; Nylund went eight innings, allowed two hits, struck out eight. LF Jake Shirley scored the winning run on a ground out by CF Zach Holley in the first inning (story). Lavalli hit another home run in the fourth game, went 2-for-4 with four RBI (story).

#2 Faulkner lost a mid-week game to Point, 3-2. All three of Point's runs were unearned, and Tommy Braddock got the win for the Skyhawks. The Eagles then lost the first game of a series at Spring Hill, 6-5 (ten innings). The Eagles trailed most of the game, but took a 5-4 lead in the top of the ninth on three unearned runs. The Badgers sent it into extra innings with an RBI single by 2B Brian Sims. The winning run came on a sacrifice fly by pinch-hitter Trey Marshall. Douglas Keller, who allowed only one hit the last three innings, got the win (story).

The Badgers didn't get another run in the series; the Eagles won the remaining two games 6-0 and 11-0. Will Dismukes and Julian Esquibel pitched the shutouts. 1B Ethan Williams hit a three-run home run in the first game, and C Zach Colby went 3-for-4 with a home run and four RBI in the second game. (story). 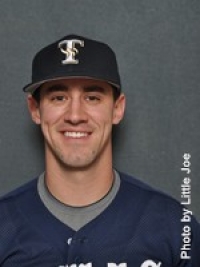 NAIA baseball action during the past week.

#1 Tennessee Wesleyan defeated Georgia Gwinnett 2-1, and won two of three against Saint Andrew's, 2-0, 6-5, and 2-3. The winning run against Georgia Gwinnett came on an RBI single by SS Wes Minton in the bottom of the ninth. Corey Rhoney and Noah Piard combined for the shutout in the first Saint Andrew's game; Rhoney went eight innings, allowed four hits, struck out seven. In the second game, the Knights out-hit the Bulldogs 12-7; the Bulldogs scored all six of their runs in the first inning. CF Travis Burnside hit a two-RBI single, then scored the winning run on a misplayed ground ball. In the third game, the defending champions were held to six hits by Joe McCarty and Evan Tucker. RF Michael Durig batted in all three of the Knights' runs.

#2 LSU-Shreveport got an easy 15-5 mid-week win over Division III Louisiana College, but was swept by Texas Wesleyan, 5-1, 12-8, and 6-5. Derek Vaughn got the win for the Rams in the first game; he went six innings, allowed one run on two hits, struck out four. Connor Zamora and Nolan Barbee kept the Pilots off the board the rest of the way, and Zamora struck out three of the six batters he faced. CF Trevor Moon singled in the winning run (story). In the second game, the Rams scored ten runs in the second inning, capped by a three-RBI double by SS David Kiriakos. The Pilots out-hit the Rams 11-7 in the third game. They got within one run in the top of the ninth, and had the go-ahead run on first with nobody out. However, reliever Patrick Stanley got two strikeout and a fly out to end the game and get a save (story).

Northwood (TX), who has won seven straight, has the lead in the Red River Athletic Conference. The Rams are two games back, and the Pilots are three games back. The Pilots visit LSU-Alexandria March 5, and host Huston-Tillotson March 8-9. Streaming audio 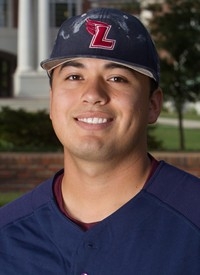 NAIA baseball action during the past week.

#1 Tennessee Wesleyan lost a mid-week game to #12 Lindsey Wilson 4-3. The Bulldogs outhit the Blue Raiders 9-7; LF Leandro Andino hit a sacrifice fly to send in the winning run. (story). The defending champions then swept three games against Indiana-Southeast, 12-2, 3-1, and 2-1. In the first game, Four Bulldog pitchers combined to hold the Grenadiers to four hits; Jarrod Jameson got the win. SS Wes Minton scored the winning run in the second game on a passed ball; Corey Rhoney got the win, went 5 2/3 innings, allowed four hits, struck out five. In the third game, the Bulldogs managed only two hits off Grenadiers pitcher Lucas Harry, but RF David Donald was hit by a pitch and scored on a ground out for the first Bulldog run, and Minton hit a solo home run for the winning run. Tyler Wilson got the win; he went 4 2/3 innings, allowed two hits, struck out seven.

The Bulldogs host Georgia Gwinnett February 27, and Saint Andrew's, who is 9-1, March 2-3.

#2 LSU-Shreveport swept Texas College, 14-4, 3-2, and 8-4. Rory Young got the win in the first game. The Pilots needed a two-RBI single in the bottom of the seventh and final inning by C David Dorton to win the second game. CF Ridge Gonsoulin hit a two-run home run in the third game, finished 2-for-4 with three RBI.

Read more...
Published in Game accounts
Tagged under
Be the first to comment!
Page 15 of 27