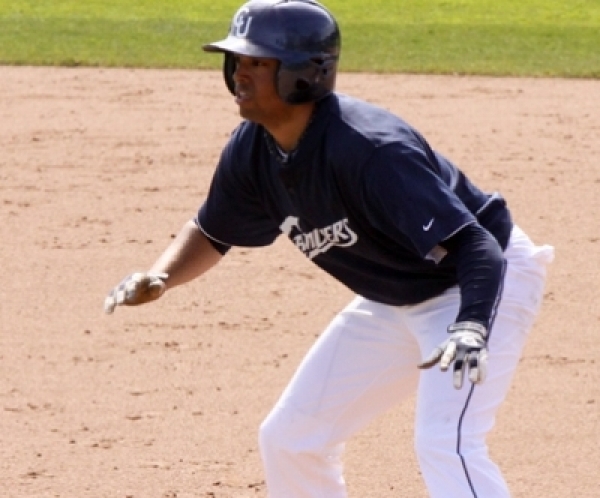 Oklahoma City got a 17-6 mid-week win against Briar Cliff, then swept a three-game series against Lubbock Christian, 1-0, 5-3, and 7-4, giving the Chaparrals their first losses of the season. Corey Theriot pitched a complet-game shutout in the first game, allowed four hits, struck out five. 2B/3B Dearth Parker hit an RBI double in the bottom of the fifth to score the only run of the game. Paul Gonzalez, who pitched a complete game for the Chaparrals, got the loss. In the second game, the Stars lit up Chaparral starter Lucas Whitmore for five runs in the first two innings, and the Chaparrals left the bases loaded three times. Allen Townsend got the win. Story from Oklahoma City site: Stars finish off Lubbock Christian 1-0, 5-3. The Stars trailed the third game most of the way, but scored six runs in the bottom of the eighth, led by a two-RBI triple by CF Ruben Sosa. The Stars were also helped by two Chaparral errors in the inning. Rich Hawkins got the win in relief; he went five innings, allowed two runs on three hits. Story from Oklahoma City site: Stars sweep Lubbock Christian with 7-4 win.

The Stars and Chaparrals will not meet again until the Sooner Conference tournament. The three losses dropped the Chaparrals to 14-3. The Chaparrals visit Kansas Wesleyan on Tuesday, host York (8-6) on Wednesday, and host Rogers State (17-1) March 11-12. 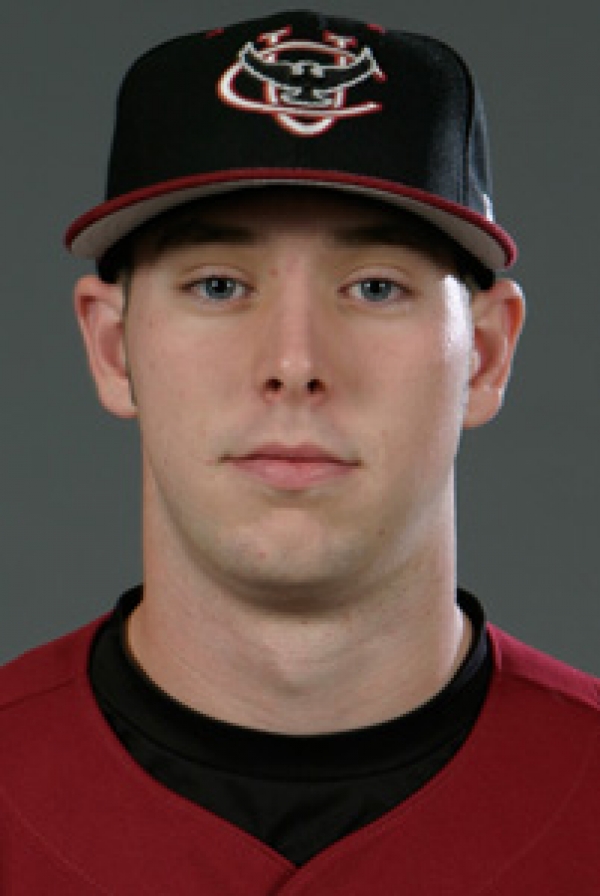 Cumberland won two of three against Brewton-Parker and split a double-header with Indiana Tech. The wins over Brewton-Parker were 2-0 and 7-6. Aaron Wilkerson got his 16th straight win in the shutout, allowing one hit in seven innings of work. Keith Kirby pitched the final two innings, and LF Richie Seaton singled in both runs. C David Fanshawe went 3-4 in the second win, and batted in the winning run. In the third game, however, the Bulldogs were mercy-ruled by the Barons, 13-0 after five innings. Daniel Miller held the Bulldogs to one hit.

The Bulldogs are now 9-3. They travel to Freed-Hardeman March 4-5, and Texas Wesleyan March 7.

Lee defeated Rio Grande 4-1; Curtis Camilli allowed three hits over seven innings, and Roberto Reyes hit a three-run home run. The Flames then won three of four against Iowa Wesleyan. Shay Crawford pitched a seven-inning one hitter in the first game, a 7-0 win for the Flames. Iowa Wesleyan won the second game 2-1; both of the Tigers' runs were unearned. Jorge Martinez went the seven-inning distance for the Tigers, allowed five hits. The Flames won the remaining two games 2-1 and 17-2; Jay Bolen and Joe Fabre combined to hold the Tigers to four hits in the 2-1 win. 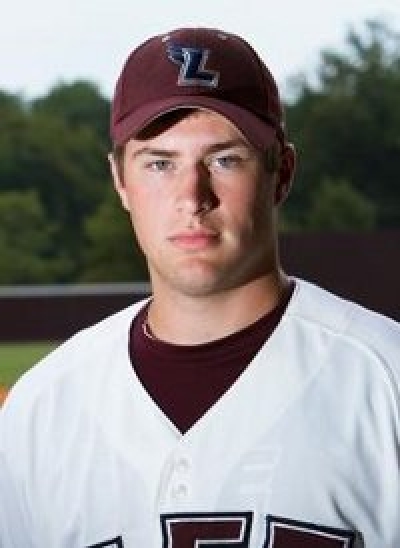 Cumberland got their first loss of the season against McKendree, 2-1. The Bearcats scored both of their runs in the bottom of the seventh of a seven-inning game. Will Locante of the Bulldogs went the distance, allowed only three hits, but two of those hits, and the only walk issued by Locante, came in the seventh inning. C Kyle Moll hit an RBI single to tie it. Moll then scored the winning run on a squeeze bunt.

The Bulldogs rebounded with a 12-3 win over McKendree, then defeated Belhaven 4-2. Aaron Wilkerson got the win over Belhaven, went seven innings, allowed four hits, struck out seven. The Bulldogs out-hit the Blazers by only 7-6, but two of the Bulldogs' hits were home runs by RF Cory Farris; he batted in all four runs. Farris hit another home run earlier in the day against McKendree. 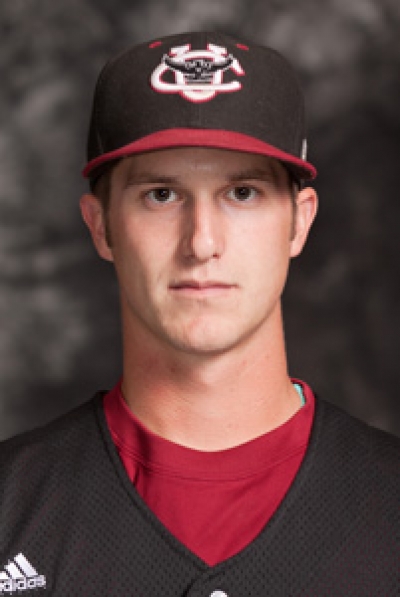 Cal Baptist swept three close games from a Cal State San Marcos team that was 6-1 going into the series. The Lancers won the first game 2-0 with a pinch-hit single by Josh Manzano. Drew Madrigal and Erik Wallace scattered four hits for the shutout; the Cougars outhit the Lancers 4-3. The second game was 4-3; the Lancers scored all four of their runs in the bottom of the sixth inning, and the winning run came in on a double by RF Zach Esquerra. Patrick Smith got the win in relief. The Lancers trailed 7-0 after 1 1/2 innings in the third game, but Travis Barnes was able to hold the Cougars to two runs on four hits the rest of the way. The Lancers took a 9-7 lead in the fifth inning on a two-run home run by LF Jake Johnson, and the Cougars tied it 8-8 in the eighth when Smith walked in two runs. However, the Lancers loaded the bases in the bottom of the ninth, and the winning run came in when C Sharif Othman was hit by a pitch by  Johnny Omahen.

Cumberland opened their season with a pair of wins over Missouri Baptist, 3-2 and 7-1. The first game was scheduled for seven innings, but it took a home run by Cory Farris in the eighth inning to decide it. Keith Kirby got the win in relief. In the second game, Mike Mandarino allowed two hits over six innings, and Christian Jennings finished with a perfect seventh inning. Farris went 2-3 with an RBI double. 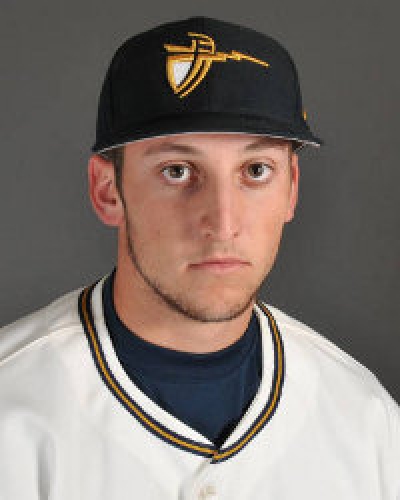 Cal Baptist won two of three against Division II Cal State-San Bernardino. The Lancers won the first game 3-2. Taylor Siemens got the win, holding CSUSB to three hits over six innings, striking out five. SS Brian Sharp singled in the winning run in the sixth inning. Story from Cal Baptist site: Coyotes Executed. CSUSB won the second game 8-3; the game was tied 3-3 going into the eighth inning, but the Coyotes pulled away with a two-RBI single by RF David Silvas. 2B Cole Bullard and Sharp each had two hits for the Lancers, and Travis Barnes got the loss. The Lancers won the rubber game 8-5, and RF Matt Marnati went 3-4 and batted in three runs. Devyn Rivera got the win; he and reliever Erik Wallace combined to hold the Coyotes to seven hits. Marnati is batting .522, Wallace is 1-0, 1.64 ERA with two saves. Coming up for the Lancers: at Cal State-LA on Tuesday, at Redlands on Wednesday, and away-and-home against  Cal State San Marcos, a team that is now 6-1, Feb 11-12.

The Red River-Sooner Conference challenge that was scheduled at Northwood (TX) was cancelled due to weather, depriving Lubbock Christian and Oklahoma City of their season openers. The Chaparrals are now scheduled to host Bellevue Feb. 11-12; the Stars will host Sterling Feb. 11-12. However, LSU-Shreveport managed  to schedule a triple-header against Lindenwood, and the result was three losses, 9-8, 7-4, and 7-6. CF Mario Parra had five hits in nine at-bats for the day for the Lions. The Pilots host Southern Arkansas on Tuesday, and Belhaven Feb. 11-12. 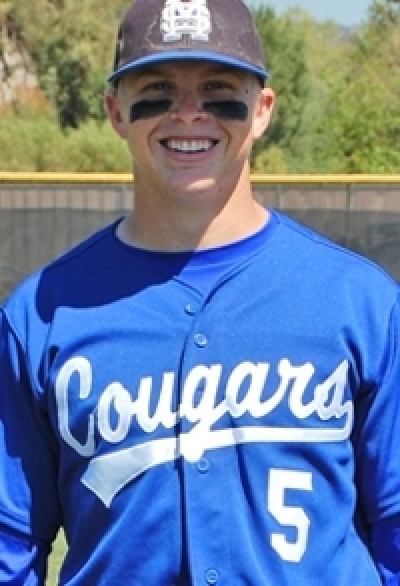 Cal State-San Marcos initiated their on-campus ballpark with an 8-7 win over Vanguard on Friday. The Cougars and Lions split a double-header at Vanguard on Saturday; the Lions won the first game 2-1, and the Cougars won the nightcap 7-2.

Friday's game drew a crowd of 787. They saw the Cougars trailing 7-4 going into the bottom of the ninth. They got a run on a passed ball, followed by a two-RBI single by LF Anthony Renteria to tie it. Courtesy runner Cory McCloskey scored the winning run on a single by SS Johnny Omahen. Mitch Ferguson, who pitched two perfect innings for the Cougars, got the win in relief; Mike Leal got the loss. Omahen hit a home run earlier in the game. Story from CSUSM site: Omahen, Holtman, Cougar Fans All Heroes in Thrilling Debut Win at CSUSM Baseball Field

In Saturday's first game, Lions starter Antonio Peraza went 7 2/3 innings, struck out ten, allowed one run. Cougars starter Matt Kretchmer went 7 1/3 innings, allowed only one hit, and the only run scored on him was unearned. The Lions won it in the bottom of the ninth on an RBI single by 1B Kyle Hardman. Robert Purpura, who retired all four batters he faced, got the win; Kyle Smart got the loss.

In the second game, the Cougars got a complete seven-inning game from Brett Miller, who allowed one earned run on six hits. The winning run came on the fourth inning on a two-RBI double by DH Mike Mecucci. The Lions left the bases loaded in the bottom of the seventh. Starter Gabriel Garcia got the loss. Story from CSUSM site: Kretchmer, Miller Both Outstanding in Road Split with Vanguard 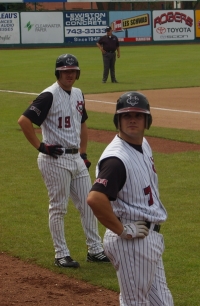 Results from day five of the NAIA Baseball National Championship in Lewiston, ID:

The Bulldogs hit four home runs, including a grand slam by 3B Matt Greener, to move to the championship game of this tournament.

The Bulldogs will play Lee for the championship.

Greener and RF Kris Miller entered this game with 26 home runs apiece, tied with Richard Bohlken of Lubbock Christian for the NAIA lead. Greener and Miller are now tied for the lead with 27 home runs.

NAIA National Championship Recap for May 31, 2010

Results from day three of the NAIA Baseball National Championship in Lewiston, ID:

The Blazers took a 2-0 lead in the bottom of the first when CF Jimmy Gilford hit an RBI triple, then scored on a ground out. They chased Embry-Riddle ace Jonathan Kountis in the third inning when 2B Lake Eiland scored on a passed ball, and DH Brandon Benton hit an RBI single. The game was tied 4-4 at that point. Kountis was replaced by Cory Bevis, and the Blazers got only two hits the rest of the way. Bevis went 6 1/3 innings, held the Blazers scoreless, struck out five, and walked only one. The Blazers didn’t have a baserunner beyond second base.

NAIA National Championship Recap for May 26, 2009 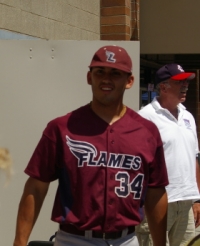 Results from Day 4 of the NAIA Baseball National Championship in Lewiston, ID:

The Vikings opened the scoring in the bottom of the second with a solo home run by 1B Andrew Starr, but the Flames took the lead for good with a two-run home run by DH Junior Rodriguez in the top of the fourth. They added one in the fifth on an RBI double by SS Brian Bistagne, and the Vikings answered with a run in the bottom of the fifth when LF Jacob Lamar scored on a ground out.

Published in Game accounts
Tagged under
Be the first to comment!
Subscribe to this RSS feed
Page 12 of 12