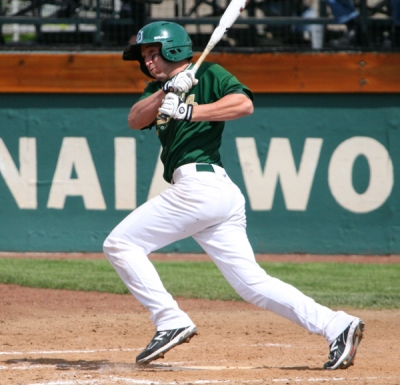 The Concordia-Irvine Eagles won their first-ever national championship. Results from the sixth and final day of the NAIA Baseball National Championship, in Lewiston, ID:

The Eagles opened the scoring in the top of the third inning with an RBI single by 3B Danny Casey. The Chaparrals took a brief 2-1 lead in the bottom of the third when SS Ryan Burnaman reached on a single, and scored on an error. Courtesy runner Brett Morte scored the second run on a ground out. The Eagles took the lead for good in the fourth, when 2B Robbie Knowles hit a bases loaded triple.

The Chaps got one back in the bottom of the fourth on a home run by RF Austin Stewart. After that, the score stayed 4-3 until the ninth inning. The Eagles got five insurance runs in the top of the ninth. The first key play was a triple by CF Matt Ivanoff with one out. The Chaps brought the infield and outfield in close for the next batter, LF Kyle Konicek. The Chaps also sent in Tyler Curtis, who got the win in the first game of the day, to pitch. Konicek proceeded to hit what would normally have been a sacrifice fly, but it went over the head of the right fielder for another triple. The Eagles eventually sent 11 batters to the plate in the inning, and the Chaps used four pitchers. The game ended on a double play.

Ivanoff was voted Most Valuable Player, and received the Charles Berry Hustle Award. Click here for the all-tournament team. The was the first-ever championship for a team from the Golden State Athletic Conference. The Eagles were unranked in the NAIA coaches' poll, but were #14 in the ISR, and #1 in strength of schedule, going into the Opening Round. 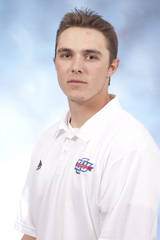 The Chaparrals managed only one hit against the Flames in the previous matchup on Wednesday, but this time, they got 13 hits off three Flames pitchers.

The Flames had the early lead, scoring both of their runs in the second inning, off a triple by 2B Justin Marrero, and RBI singles by CF Jonathan Clark and SS Joe Ramirez. The Chaps tied it in the third, on a two-RBI single by C Nate Peterson. The Flames got a couple of base runners in the fourth, but Chaps starter Tyler Rogers handed the ball to Tyler Curtis, and he held the Flames scoreless over the next 4 1/3 innings, although the Flames left the bases loaded in the seventh.

The winning run came in the fourth, when DH Dominic Piazza reached on an error, moved to second on an error, moved to third on a wild pitch by Flames starter Maxx Catapano, then scored on another wild pitch. RF Austin Stewart hit an RBI double, and Catapano was replaced with Curtis Camilli. SS Ryan Burnaman hit an RBI double, and Peterson hit an RBI single. The Chaps extended their lead to 8-2 on a two-run home run by Stewart in the fifth.

Curtis got the win, and Catapano got the loss. Stewart finished 3-4 with four RBI. Attendance: 1,395

More in this category: « National Championship recap for June 1 Recap for January 30 »