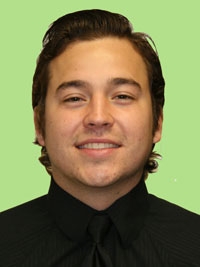 A one-hitter for Lee's Shay Crawford. Results from the fifth day of the NAIA Baseball National Championship, in Lewiston, ID:

The Eagles scored six runs in the first two innings.

The Eagles got a strong performance by starter Dean Persinger, who went 7 2/3 innings, threw 130 pitches, allowed only two runs on four hits until the eighth inning. In the eighth, he gave up a solo home run by 1B Kevin Smith. He recorded a strikeout, and gave up a single to 2B Michael Diffie. He then walked two batters, and turned the ball over to Jacob McBride with two out and the bases loaded. McBride gave up an RBI single by LF Curtis Beaudoin, but got the batter to fly out, ending the inning with the bases loaded. McBride finished the game with a three-up, three-down ninth.

Ivanoff made a big defensive play in the third inning, catching a ball off the center field fence hit by SS Manny Estrada with a runner on base. Ivanoff and Konicek both finished the game 3-4 with an RBI.

Persinger's final numbers were four runs on seven hits, ten strikeouts, and three walks. McBride got a save, and Mata got the loss. 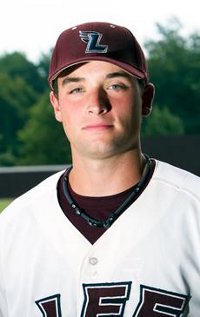 This game was an excellent pitching duel between two of the best pitchers in the NAIA, left-hander Shay Crawford of the Flames and left-hander Lucas Whitmore of the Chaparrals. Both of them went the distance, and Crawford got the best of it. He got a one-hit shutout, struck out 12, walked two, threw 136 pitches. He has 27 strikeouts in this tournament. Whitmore allowed one run on nine hits, struck out six, walked none, threw 131 pitches.

The Flames' run came in the second inning; 2B Justin Marrero hit a leadoff single, moved to second on a bunt single by LF Seth Walker, moved to third on a bunt by 3B Preston Scoggins, and scored on a ground out by C Travis Anderson. They missed a chance to score in the first, when CF Jonathan Clark reached on a single, and was caught stealing. 1B Roberto Reyes hit a triple with two out in the eighth, and was stranded on third. The Chaparrals stranded a runner on third in the fifth inning.

All games are webcast by KOZE Radio (audio and free) and watchnaia.com (video for $8.95/day). Live stats are available for all games by clicking here.