National Championship recap for May 30 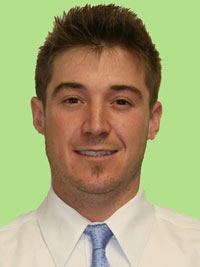 Results from the third day of the NAIA Baseball National Championship, in Lewiston, ID:

The Bison led 5-3 after four innings, on a grand slam home run by 3B Alan Trayler. The Eagles closed to 5-4 with a sacrifice fly by DH Bryan Nicholson in the fifth, then completed the scoring with three runs in the sixth; CF Matt Ivanoff hit a two-RBI triple, then scored on a throwing error.

The Bison didn't go out without a fight, however. They opened the bottom of the ninth with singles by C Mitchell Prophet and SS Jonathan Gelpi. 2B Terrence Buchanan bunted, moving courtesy runner Chris Lemus to third, and Gelpi to second. The Eagles replaced starter Brent Clapper with Ryan Day, with one out and the tying run on second. Gelpi was replaced with a pinch-runner, Jorden Newton. The next batter, CF Reece Alnas, hit a line drive that was caught by RF Ryan Sheeks. Newton, who didn't think the ball would be caught, was caught off second base, ending the game.

Ivanoff had a big day; 4-4 with a double, an triple, four RBI, and three runs scored. Clapper scattered 11 hits, struck out five. Starter Ryan Plum got the loss for the Bison.

The Warriors used five pitchers; Cody Fassold got the loss. This is the third straight year that the Warriors have finished 1-2 in this tournament. Attendance: 4,420 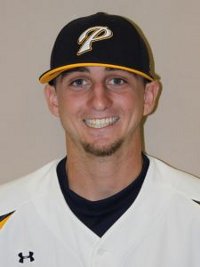 Cody Causey, pinch-running for 1B Kevin Smith, went from second base to third on a passed ball, then scored the winning run when a throw from the catcher went into the outfield. Smith had opened the tenth inning with a double.

The Pilots led a game that was close all the way until the ninth inning. They opened the scoring with an RBI double by 2B Michael Diffie in the fourth inning. They took a 2-0 lead in the seventh inning, when 3B Shawn Moy scored on a bobbled ground ball. The Eagles closed to 2-1 in the eighth, on a sacrifice fly by 1B Chris Page. They tied it 2-2 in the ninth on an RBI single by CF Aaron Glaum, but they missed a chance to take the lead. Pinch-runner Tyler Robbins stayed at second on Glaum's hit, when he could have easily taken third. The next batter, LF Greg Smith, reached on a error, but Robbins tried to go home from second on a ball that didn't get out of the infield, and was an easy out at home.

The Eagles stranded runners on third in the fifth and seventh innings. 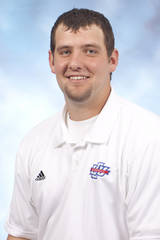 The Stars swept three games from the Chaparrals during the regular season, but the Chaps extracted some serious revenge this time. Tyler Rogers, Tyler Curtis, and Shane Ingram combined to hold the Stars to four hits. Curtis pitched the middle 3 2/3 innings, got the win, and was especially effective. He recorded seven straight strikeouts, striking out the side in the sixth and seventh innings. He allowed one hit, walked two.

2B Richard Bohlken provided all the runs the Chaps needed with a two-run home run in the first inning. The Chaps added three runs in the second inning on a sacrifice fly by 3B David Cruz, and RBI singles by SS Ryan Burnaman and LF Ryan Meade. The Chaps put it away with three more runs in the sixth.

Meade finished 4-5 with one RBI. Rich Hawkins got the loss for the Stars.

Schedule for Tuesday, May 31 (all times PDT):