National Championship recap for May 28 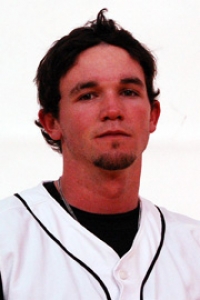 Results from the second day of the NAIA Baseball National Championship, in Lewiston, ID:

Curtis Camilli and Matt Passauer combined to hold the Eagles to five hits. 1B Roberto Reyes went 4-4 with three double and a home run.

The Bulldogs led 6-5 after six innings, but the Bison tied it with a sacrifice fly in the bottom of the seventh by LF Michael Sliger, then got the winning run on an RBI single by 1B Bam Davis.

Kyle Brule got the win in relief; he pitched the final four innings, allowed no runs on six hits. Davis finished 3-5 with two RBI.

This was the first BNC win for the Bison since 1989. The Bulldogs went two-and-out in both of their BNC appearances.

Concordia had an early 3-0 lead, but Embry-Riddle tied it in the fifth with an RBI single by 3B Steve Sabins, then put it away with four runs in the seventh; pinch runner Tyler Robbins scored on a wild throw, 2B J.T. Warmouth hit a sacrifice fly, C Adam Cellini hit an RBI single, and CF Aaron Glaum hit an RBI double.

Cory Theriot put in an excellent pitching performance; 7 1/3 innings pitched (114 pitches), one run on six hits, eight strikeouts. The Warriors stranded 14 baserunners, and left the bases loaded in the fourth and eighth innings.

The Stars opened the scoring in the third inning, when 3B Scott Dalrymple came home while 2B Dearth Parker was caught stealing. They got the winning run in the fifth inning, when courtesy runner Terrance Jackson scored on a ground out by Parker. Parker moved to the mound in the ninth inning, and got a save in addition to the winning RBI.

The run for the Warriors came in the bottom of the sixth, on an RBI double by LF Kyle Knigge. CF Ruben Sosa went 3-4 for the Stars. Attendance: 3,305

Schedule for Monday, May 30 (all times PDT):