Opening Round Recap for May 16 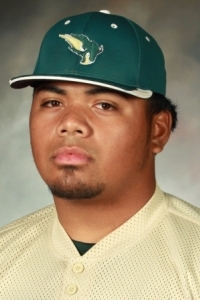 #4 Oklahoma Baptist won the Joliet bracket, defeating #13 Biola 13-1 after a 44-hour rain delay. Bison starter Chad Hardison was able to pick up where he left off on Saturday, allowed six hits in six innings total. The Bison got all the runs they needed before the rain delay; LF Michael Sliger scored when 3B Alan Trayler was hit by a pitch, and 1B Bam Davis scored during a double play. DH Daniel Baptista went 3-4 with an RBI. Story from Oklahoma Baptist site

This will be the first trip to the Baseball National Championship for the Bison since 1996. 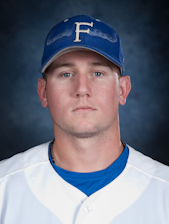 #12 Faulkner defeated #8 Union C. (KY) 4-2 in the “if necessary” game to decide the Kingsport bracket. R.L. Eisenbach got his second win of the tournament, allowed four hits in 6 1/3 innings, threw 100 pitches on two days rest. Union starter Brandon Hedrick went 6 2/3 innings, allowed only one earned run on three hits, struck out 11, threw 140 pitches. However, he walked seven batters and hit one more. The winning run for the Eagles came on a sacrifice fly in the fourth inning by DH Tim Barranza with the bases loaded; an additional run came in on a throwing error. Story from Faulker site

Eisenbach leads the NAIA with 14 wins, and has an ERA of 1.27. This is Faulkner's first trip to the Baseball National Championship, but it will be the second trip for Eisenbach; he pitched for Lubbock Christian in 2009.

More in this category: « Opening Round Recap for May 15 National Championship recap for May 27 »