Opening Round Recap for May 15 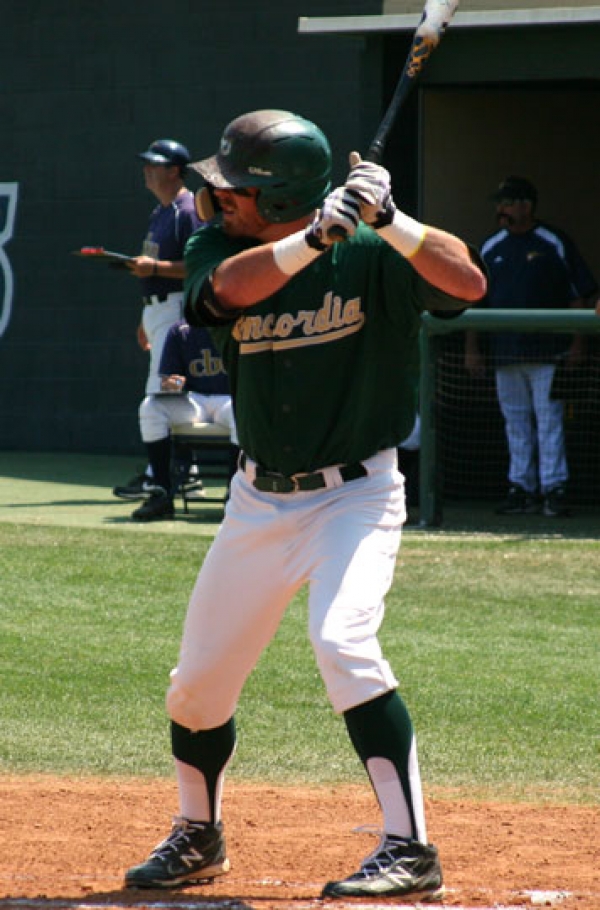 During the first two seasons of the current “direct qualification” arrangement, no unranked teams made it through to the Baseball National Championship in Lewiston. The lowest ranked team to get to Lewiston was Tennessee Wesleyan, ranked #24 at the end of the 2010 season.

This season turned out differently. Concordia-Irvine (ISR #14) and Tennessee Wesleyan (ISR #28) will be in the Baseball National Championship field.

Concordia-Irvine won the Riverside bracket, defeating #3 Cal Baptist 4-2 in the final. DH Bryan Nicholson hit a three-run home run in the seventh inning to win it for the Eagles. Brent Clapper, who allowed six hits in 7 1/3 innings, got the win.

The was the Eagles' eighth straight win, and their 20th win in their past 22 games.

Cumberland defeated Wesleyan 19-10 earlier the same day. LF Jesse Bowman went 4-5 with six RBI for Cumberland; Bergin hit two home runs for Wesleyan in this game, too, and he now has 23 on the season.

Wesleyan defeated Cumberland 5-3 earlier in the tournament, and the starters were Bergin and Aaron Wilkerson. Neither got a decision, but Bergin got the best of the matchup, went 6 1/3 innings, allowed three runs on six hits, struck out seven. Wilkerson, making the last appearance of his career, went three innings, allowed three runs on eight hits. His numbers for 2011 are 12-0, 1.49 ERA, and 90 strikeouts. He had 26 straight wins in his two seasons at Cumberland. He got the only at-bat of his career in a 14-7 win over William Jewell in this tournament; he came in as a pinch-hitter in the ninth inning, and reached on a fielder's choice. 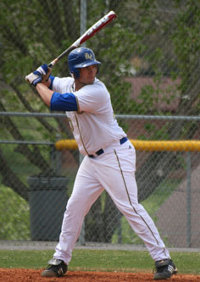 This will be Tennessee Wesleyan's second trip to Lewiston; the first one was in 2010.

The Kingsport bracket won't be decided until Monday. #8 Union C. (KY) and #12 Faulkner will play the “if necessary” game. Faulkner defeated Union 10-1 on Friday, and Union defeated Faulkner 7-5 to extend the tournament until Monday. R.L. Eisenbach got the win in Friday's game; he went eight innings, allowed six hits, and recorded nine strikouts, despite being interrupted by a four-hour rain delay in the foutth inning.

The final for the Joliet bracket started on Saturday. #4 Oklahoma Baptist led #13 Biola 2-0, with Biola threatening in the bottom of the second inning. The game was stopped by rain, and they weren't able to play today, either. If Biola wins, they will have to plat the “if necessary” game. Oklahoma Baptist defeated Biola 6-5 on Friday.

#1 Embry-Riddle won the Daytona Beach bracket, defeating #15 Brewton-Parker 8-2 in the final. Tucker Jensen got his 13th win of the season in the tournament, and Ryan Vigue got his 12th. Jensen's ERA is 1.81, and Vigue has 106 strikeouts. This will be the Eagles' fourth straight trip to Lewiston.

The game between the Stars and Blazers the previous day went ten innings, and the Stars won 10-9. Messerli batted in the winning run. The Blazers played two extra-inning games against #18 Fresno Pacific, defeating the Sunbirds 10-9 in ten innings, and 7-6 in twelve innings.

The Pilots have won seven straight, and will be making their second-ever trip to the Baseball National Championship; the previous one was in 2003. 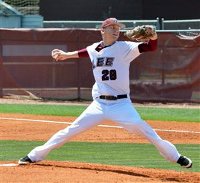 #7 Lee defeated Indiana Tech 13-2 to win the Cleveland bracket. Curtis Camilli went eight innings for the Flames, allowed six hits, struck out eight, threw 121 pitches, and had a shutout going into the eighth inning. On Friday, Maxx Catapano pitched a complete game for the Flames in a 9-1 win over #25 Culver-Stockton, allowed four hits, struck out 10.

This will be the fifth straight year that the Flames have made it to the Baseball National Championship, and they have gone every year that Mark Brew has been their head coach. Brew's record at Lee is now 266-64.

#9 Lubbock Christian won the Lubbock bracket, defeating Kansas Wesleyan 10-3 in the final. Lucas Whitmore went the distance for the Chaparrals in the final, allowed two earned runs on six hits, struck out seven. SS Ryan Burnaman went 5-5, batted in two runs, scored four more. This will be the third straight trip to Lewiston for the Chaparrals.

More in this category: « Conference tournament roundup for May 7 Opening Round Recap for May 16 »