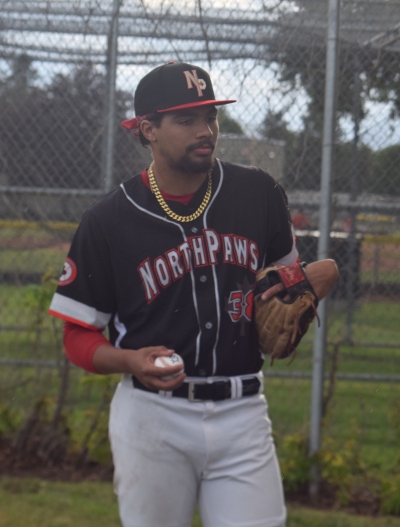 LF Jared Sucro (Cairn), a Kamloops native, hit an RBI single in the bottom of the ninth to give the Kamloops NorthPaws an 8-7 win over the Edmonton Riverhawks in the first-ever game for both West Coast League teams.

SS Mike Fitzsimmons (British Columbia) led off the bottom of the ninth with a single, then stole second base. CF Ty Siffermann (Grand Canyon) struck out. Fitzsimmons moved to third on a passed ball, then scored on the hit by Sucro.

Nolan Austin (Northeastern Oklahoma A&M) had a big night for the NorthPaws. He moved from third base to the mound at the start of the eighth inning, replacing another pitcher who was ruled ineligible because he wasn’t listed on the official roster. He got the win, retired six of the seven batters he faced, struck out one, and walked one. He also went 3-for-4 with a double and a walk at the plate.

Another NorthPaw with a big night was Tyrelle Chadwick (Illinois State). He was the starting pitcher. He was relieved after only 2 1/3 innings. He allowed only one hit, but walked six batters, and threw a wild pitch. However, he remained in the game as the designated hitter, then replaced Austin at third base. He finished 2-for-3 with a double and two RBI.

The NorthPaws outhit the Riverhawks 11 to five, but the Riverhawks led most of the game, due not only to the large number of walks (relievers RHP Sean Heppner [British Columbia] and RHP Carter Harbut [Fraser Valley] walked three and four, respectively), but also an expensive error and a passed ball. The Riverhawks took the early lead on a home run by 3B Brad Jolley (Park-Gilbert) in the top of the second, the first-ever home run for the Riverhawks. The NorthPaws answered with two runs in the bottom of the second, with Chadwick scoring when 2B Angus Stayte (Morehead State) reached on an error, and Austin scoring on a passed ball. 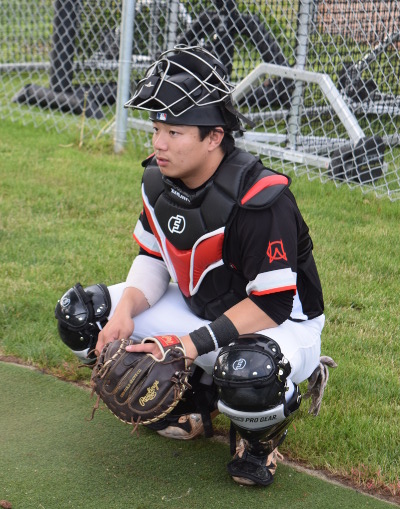 2B Brett Grupe (Central Missouri) finished 2-for-4 with a double for the Riverhawks. RHP Kyle Poabst (Antelope Valley), who faced three batters in the ninth, got the loss.

Concessions are taken very seriously at Norbrock Stadium. Yes, they have hot dogs and hamburgers (the hamburgers are very good), but they also have a Philly cheese steak and a shawarma wrap. The beer offerings include NorthPaws lager, brewed by Main Street Brewing, a Vancouver microbrewery.

Pre-game entertainment is also taken seriously. Tonight, they had a classic rock band, Shattered Blue. The original grand opening the previous night was rained out, but they still had a set by the excellent March Hare Band of Vancouver, who did a Bob Seger tribute. 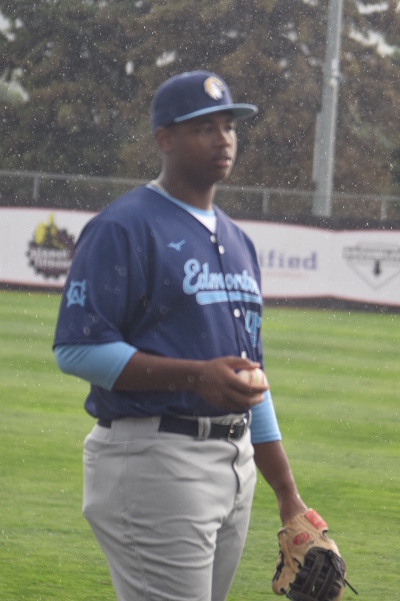