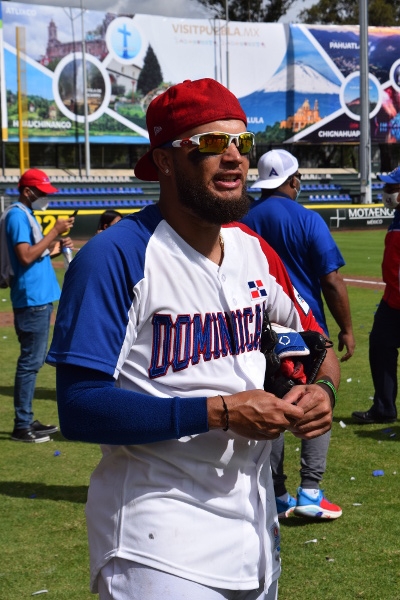 Venezuela loaded the bases with two out in the top of the third inning. DR relieved starter RHP Radhamés Liz (Leones de Yucatán) with RHP Jhan Mariñez, and he got a fly out to leave the bases loaded.

DR took the lead for good in the bottom of the fourth. The inning started with singles by 1B Juan Francisco and LF Johan Mieses (Red Sox organization). Francisco scored on a double by 3B Diego Goris (Aguilas Cibaenas). SS Ramón Torres then hit a popup that was mishandled by SS Engelb Vielma (Navigantes de Magallanes), and Mieses scored giving DR a 4-3 lead. The play was reviewed for possible baserunner interference, but Torres was given the hit. C Charlie Valerio (Sioux Falls Canaries) hit an RBI double. The play at second was close, but it was reviewed, and Valerio was ruled safe. 5-3 DR.

The winning run came on a two-RBI single by 2B Gustavo Nuñez (Tigers organization). Bonifacio hit a sacrifice fly for the sixth run of the inning, and DR led 8-3 after four innings.

In the top of seventh, DH Danry Vásquez (Rieleros de Aguascalientes) hit what appeared to be an inside-the-park home run, but after a review, it was ruled a ground rule double. Vasquez scored anyway, on a single by LF Alexander Palma (Brewers organization). SS Vielma made a great play on a ground ball by Mieses to end the bottom of the seventh, with DR leading 8-4. 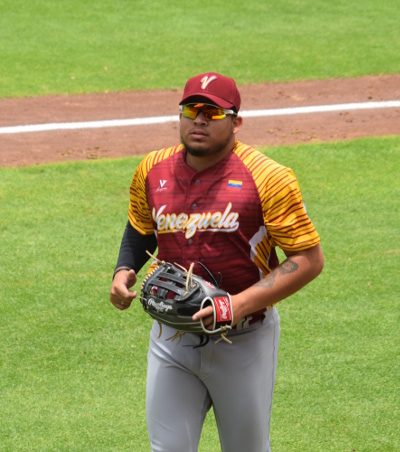 In the top of the eighth, Julio Rodríguez (Mariners organization) made a great catch in right field on fly ball by RF Diego Rincones (Giants organization). It saved a run, and the inning ended with a double play.

In the top of the ninth, Venezuela got one more run on an RBI double by Vasquez with two out. The game ended on a ground out, with a final score of 8-5.

LHP Darío Álvarez (Algonderos de Unión Laguna), who came in in the top of the fourth and retired all three batters that he faced, got the win. RHP Harold Chirinos (Brewers organization), who came in in the fourth inning and didn’t record an out, got the loss. Cabrera finished 1-for-4 with a home run and two RBI. Goris finished 2-for-4 with a double and an RBI. Palma went 3-for-5 with an RBI for Venezuela. 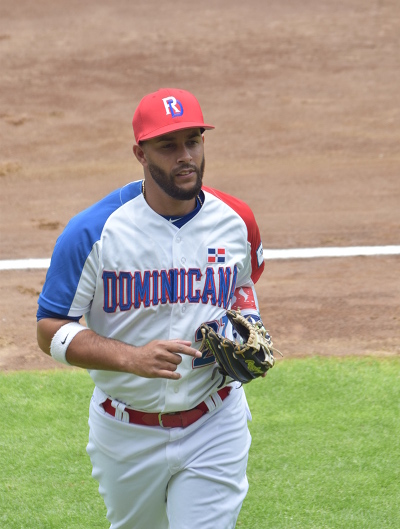