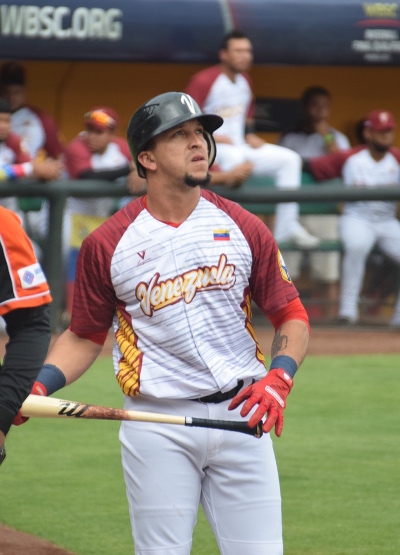 Venezuela (2-1 in the tournament) defeated the Netherlands (0-3) 10-0 (seven innings) at the Estadio de Béisbol Hermanos Serdan in Puebla, Mexico. RHP Henry Centeno (Rieleros de Aguascalientes) pitched a two-hit shutout. Venezuela will play the Dominican Republic on Saturday for the sixth and final spot in the Tokyo Olympics.

Venezuela opened the scoring in the bottom of the first inning. 1B Hernán Pérez (Brewers organization) hit a double, then came home on a single by LF Alexander Palma (Brewers organization). Palma hit an RBI single in the bottom of third inning, followed by an RBI single by 3B Luis Sardiñas (Mariachis de Guadalajara), and a three-run home run by Robinson Chirinos (Yankees organization). That chased Dutch starter RHP Jair Jurrjens (Guerreros de Oaxaca), who got the loss. Venezuela led 6-0 after three innings.

The next three innings were scoreless, although not uneventful. In the top of the fifth, a pitch grazed the batter, DH Yurendell de Caster, then hit a finger of plate umpire Edgar Huerta. Huerta had to leave the game, and was replaced by Ramiro Alfaro. When play resumed, SS John Polonius (Rotterdam Curaçao Neptunus) got the Netherlands' first hit, and it was a broken bat infield single. The next batter, C Ricardo Dashenko (Rotterdam Curaçao Neptunus) was injured when he got piece of a pitch, and the ball hit his left ankle. He was unable to continue, and was replaced at the plate by Sicnarf Loopstok, who hit into double play. 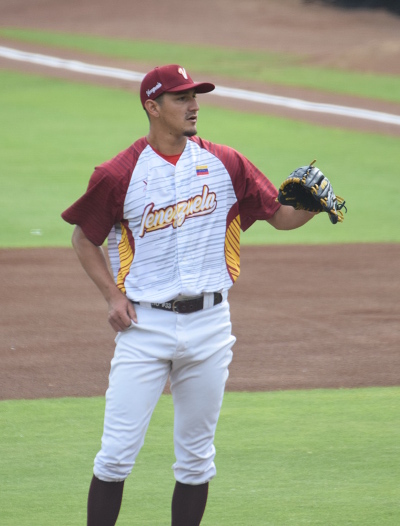 In the bottom of the seventh, SS Engelb Vielma (Navigantes de Magallanes) hit a 2-run home run with nobody out. Two batters later, Pérez added another two-run home run. That made the score 10-0, and the game ended with the mercy rule.

Centeno's numbers were seven innings pitched, 2 hits, six strikeouts, and one base on balls. Pérez finished 3-for-4 with a home run, a double, and two RBI. He also stole a base.

Jurrjens played in the Major Leagues for eight years, mostly with the Braves. His career record was 53-38, 3.72 ERA, 514 strikeouts. 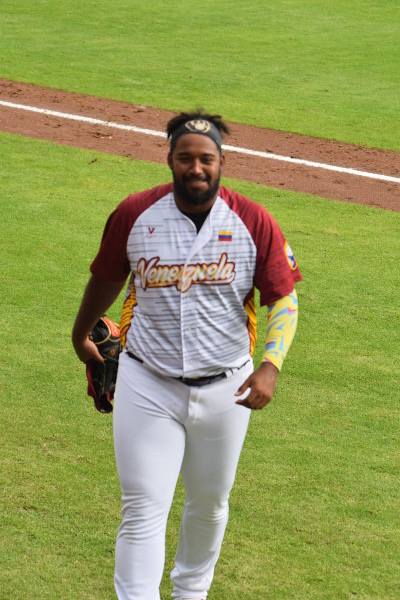