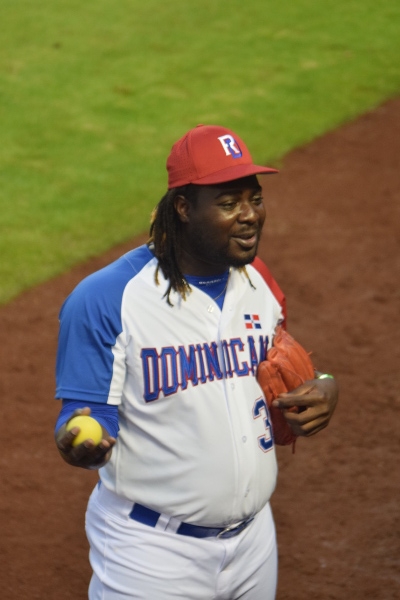 After two high-scoring games in this tournament, this one was a pitching duel until the eighth inning, and mostly well played. The starters were Tom de Blok for the Netherlands, and Osvaldo Bidó (Pirates organization) for DR. Bidó was relieved by Marcos Diplán (Orioles organization) in the fifth inning, but de Blok had a shutout going for nearly six innings. The only threat by either team was in the bottom of the fifth, when SS Ramon Torres hit a leadoff double, and went to third on a ground out. However, he was stranded when de Blok recorded a big strikeout of DH Melky Cabrera to end the inning.

Groen walked Torres, the first batter he faced. The next batter, C Roldani Baldwin (Red Sox organization), hit a 2-RBI double, and DR had a 3-0 lead after six innings.

There was a long delay due to a cloudburst just into the bottom of the seventh inning. It didn't rain very long, but it rained enough that the field had to be re-done, and both teams had to make pitching changes.

It looked like the DR's 3-0 lead was going to hold up, but in the top of the eighth, pinch-hitter Curt Smith (Lincoln Saltdogs) hit a two-run pinch-hit home run, making it a one-run ball game. Then, RF Denzel Richardson (Amsterdam Pirates) lead off the top of ninth with a double, went to third on a passed ball, and scored on a single by C Ricardo Dashenko (Rotterdam Curaçao Neptunus), and the game was tied 3-3 going into the bottom of the ninth. 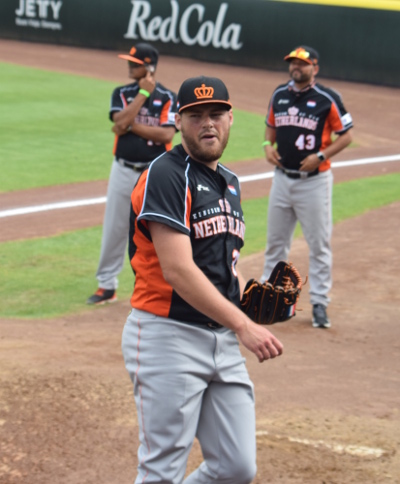 Torres led off the bottom of the ninth with a single, and went to second on a passed ball. The next batter, Baldwin, showed bunt, but he drew a walk on four pitches. 2B Gustavo Nuńez (Tigers organization) hit a not especially good bunt that was fielded by 3B Sharlon Schoop (Amsterdam Pirates). His throw to first was wild, and Torres scored to end the ball game.

Jairo Asencio got the win, and Franklin Van Gurp got the loss. Torres finished 3-for-3 with a double. 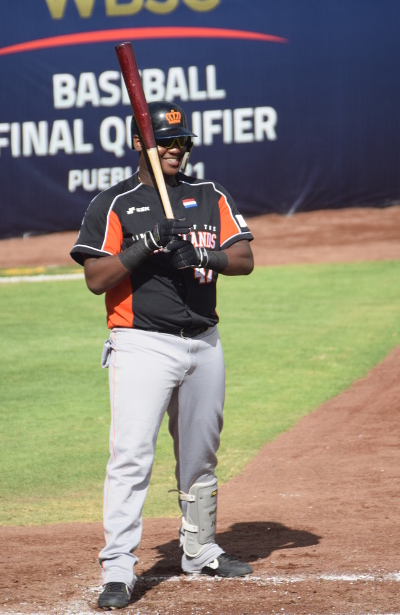 There was karaoke during the rain delay. Frankly, most of the singers weren't very good.

Torres played two seasons for the Royals, had a career average of .225. Cabrera played 15 seasons in the Major Leagues with nine teams; he was an All-Star in 2012. Asencio had a short career with the Braves, also played in Japan. 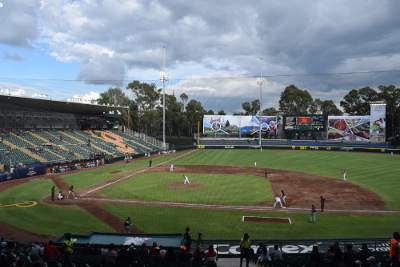