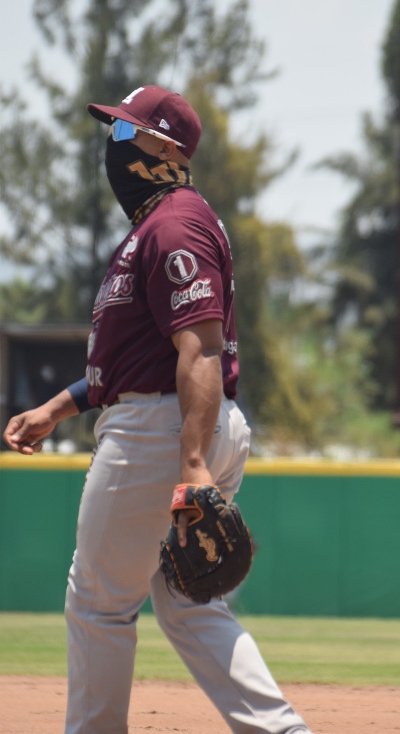 The Bravos de León (0-3) were defeated by the Algodoneros (Cotton Farmers) de Unión Laguna (3-0) at Estadio Domingo Santana in León on May 23.

3B Carlos Rivero hit a two-run home run in the top of the sixth inning to give the Algodoneros a sweep of the season-opening series.

The game was scoreless for the first four innings. In the bottom of the third, the Bravos tried a hit-and-run with SS Gilberto Carrera on first and CF Tony Campana batting. Campana failed to make contact, and Carrera was an easy out at second base. Carrera ended up hitting a single, and was balked to second base, but was stranded there. In the bottom of the fourth, LF Anthony Giansanti was robbed on a base hit by a good grab by Rivero, ending the inning.

The Algodoneros opened the scoring with a sacrifice fly by C Alejandro Flores in the top of the fifth. (The runner on third, 2B Ciro Norzagaray, got there because of a bad throw to second base.) The Bravos answered with a solo home run by DH Frank Diaz in the bottom of the fifth. His home run actually bounced off the top of the fence, and a review determined that it was a home run.

The Algodoneros took the lead for good with Rivero's home run. The Bravos made it a one-run game with a two-run home run by 1B Felix Perez in the bottom of the seventh with nobody out. The Bravos then loaded the bases with consecutive singles by Giansanti and Diaz, and a bunt single by C Alfredo Hurtado. This was the Bravos' big chance; bases loaded, nobody out, and trailing only by a run. The Algodoneros made a pitching change, bringing in RHP Jordan Suarez. The Bravos sent in a pinch-hitter, Daniel Cornejo. Cornejo hit a ground ball, and Giansanti was thrown out at the plate. Then Carrera hit into a double play to end the inning, and the Bravos didn't threaten the rest of the way. 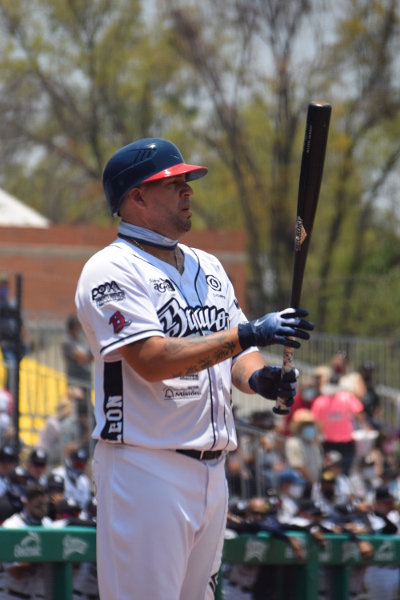 the Algodoneros got two insurance runs in the top of the eighth with a two run home run by 1B Isaias Tejeda. Algodoneros RHP Maikel Cleto had to leave the game with a back injury in the bottom of the eighth.

Bravos reliever RHP Jesus Sainz (age 17) made the defensive play of the game in the top of the seventh. RF Francisco Ferreiro hit a line drive that Sainz got a glove on, but didn't hold on. He made a quick recovery, hustled to pick the ball off the ground, then threw a strike to first to get the out. The play was reviewed, and the out was upheld.

Tejeda and Rivera both finished 2-for-4 with two RBI. Diaz went 3-for-4 with an RBI. 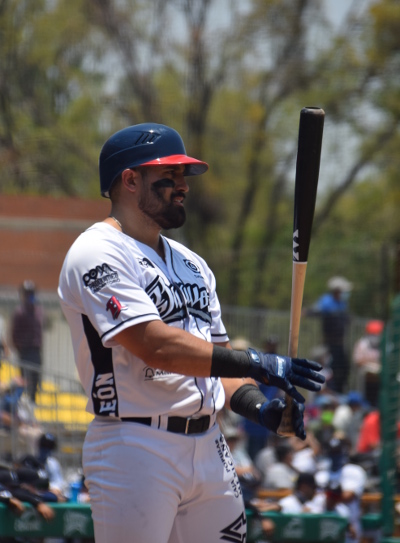 León has been hit hard by the COVID-19 pandemic, and the Bravos are doing a creditable job of keeping their games from becoming spreader events. The seating is two seats (possibly) occupied, and two seats blocked. They check the temperature of everyone who comes in, and the ushers and security guards are very effective at ensuring that everyone in the ballpark wears a mask.

The Bravos have a beer deal that seems to be universal in Mexican ballparks; two 355-ml. Beers poured into a single large cup for 80 pesos (approximately $4 US). I consumed a "monster dog" that was very good; it's a large German-style sausage with cheese, bacon bits, and onions, for 100 pesos ($5). 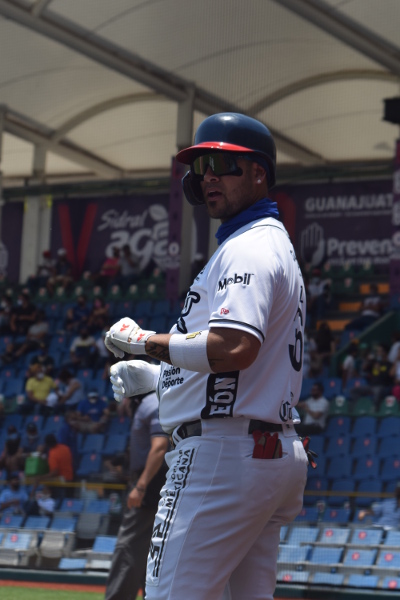 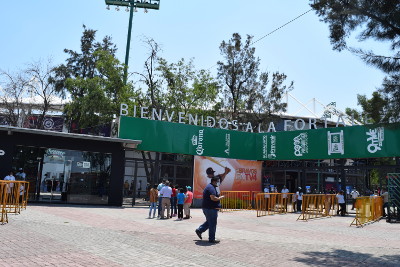