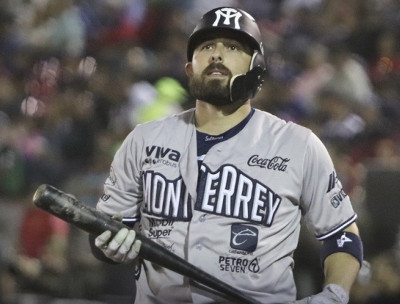 Mexico defeated USA 8-2 in the second game for both teams in the Premier12 qualifying tournament for the 2020 Olympics. The game was played at Estadio de los Charros de Jalisco in Guadalajara, Mexico.

The Mexicans got on the board in the top of the first. The first pitch of the game from RHP Tanner Houck (Pawtucket Red Sox) hit CF Jonathan Jones (Yucatan). He moved to second on a single by LF Juan Perez (Saltillo). Both of them moved up a base on a ground out by 2B Esteban Quiroz (El Paso Chihuahuas), then scored on a single by 3B Christian Villanueva (Yomiyuri Giants).

The winning run for Mexico was scored in the fifth inning by RF Noah Perio (Acereros del Norte) on a passed ball. The score remained 3-2 until Mexico blew the game open with five runs in the top of the eighth, mostly at the expense of RHP Jonathan Feyereisen (Scranton/Wilkes-Barre RailRiders), who was charged with three runs and recorded only two outs. Two base runners inherited from LHP Caleb Thielbar (Braves organization) also scored with Feyereisen on the mound. The offensive surge was lead by 1B Efren Navarro (Hanshin Tigers), who hit a two-RBI single, and C Roman Ali Solis (Monterrey), who followed with a three-run home run. One of the runners batted in by Solis was Jorge Flores, who entered the game as a pinch-runner for DH Matt Clark (León) after Clark was intentionally walked to load the bases.

Houck got the loss, although his numbers were pretty good; two earned runs on five hits in 4 1/3 innings pitched, and six strikeouts. RHP Spencer Jones (Acereros del Norte; that's right, he and Perio are team mates) was effective for USA; he retired all four batters he faced, struck out three of them.

Solis finished the game 2-for-4 with three RBI. No USA player had multiple hits.

Mexico is 2-0 in the tournament, and USA is 1-1. USA plays the Dominican Republic (also 1-1) tomorrow night.