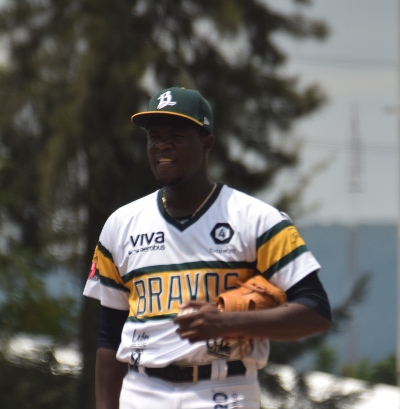 The Bravos de León (46-68) defeated the Leones (Lions) de Yucatán (64-51) at Estadio Domingo Santana in León on August 25. This was the Bravos' final home game of the season. They lost the previous four games. This was a good ball game, so they finished the season on a positive note, in front of a good crowd.

The Bravos got all five of their runs in the bottom of the third inning. SS Marco Jaime got it started with a single. 3B Marco Guzman hit a double, the 1B Matt Clark was hit hard by a pitch to load the bases. (Clark returned to first base in the top of the fourth, but was replaced by a pinch-hitter in the bottom of the fourth.) The next batter, DH Carlos Rivero, hit a ground ball that resulted in a force out at second base, but Jaime scored. LF Felix Pie hit a double to score Guzman. RF Cedric Hunter drew a walk to load the bases again, then CF Jose Cardona hit a two-RBI single. 2B Carlos Alvarez hit a single to score Hunter, then C Omar Renteria hit into a double play to end the inning.

The Leones opened the scoring with an RBI single by 1B Art Charles in the top of the first. However, an inning-ending double play kept the damage to one run. The turning point in the game came in the top of the third. With runners at first and third and one out, DH Luis Juarez had a long turn at bat off Bravos starter LHP Jose De Paula. Juarez hit long foul balls to both the first-base and third-base sides; the latter one wasn't foul by more than 15 cm., and bounced to the fence; it would have certainly scored two runs. He was finally put out on a harmless popup to the catcher in foul territory. The next batter, Charles, hit an RBI single, but the Leones led by only 2-0 going into the bottom of the third. 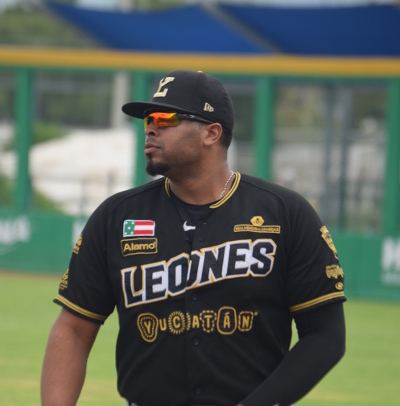 The Leones added a run in the top of the fifth with a sacrifice fly by 3B Alex Liddi. De Paula got some defensive help in the top of the sixth; with a runner on second and two outs, LF Jose Aguilar hit a line drive to right field, and Hunter made a great leaping catch, saving a run.

De Paula was still on the mound for the seventh inning. The Leones started the inning with a double by SS Jorge Flores. The next batter, 2B Walter Ibarra, bunted. It wasn't fielded cleanly, and the Leones had runners at first and third with no outs, and behind only 5-3. De Paula was relieved by RHP Luis de la O, who has an ERA of 10.13. He threw one pitch, and the result was a double play, although Flores scored to make it 5-4. de la O walked the next batter, Liddi, and was replaced by RHP Fredy Quintero. Quintero promptly picked off Liddi to end the inning.

In the top of the eighth, Quintero walked Charles with one out. Charles was replaced by a pinch-runner, Francisco Hernandez. Quintero struck out the next batter, then Renteria made a throw to second to catch Hernandez attempting to steal. 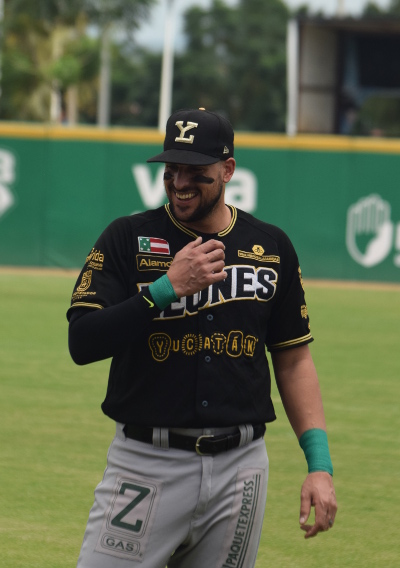 The Bravos' closer, RHP Manny Acosta, came on in the top of the ninth. The leadoff batter, C Sebastian Valle, hit a ground ball to second base. It was bobbled by shortstop Jaime, and was scored an error, although it was a difficult play. Since the Leones trailed by one run, the next batter, Aguilar, was called upon to bunt. Acosta threw three pitched to him; he bunted foul three times, and the Leones wasted an out. The next batter, Flores, hit a sharp line drive that was caught by Jaime. Valle had already reached second base (hit-and-run?), so all Jaime had to do was make an easy throw to first to complete the double play and end the game.

The Bravos had five double plays in the game. De Paula went six+ innings, allowed three earned runs on nine hits, walked two, struck out two, and got the win. Acosta got a save. Leones starter RHP Yoanner Negrin went six innings, allowed five runs on eight hits, struck out three, walked two, and got the loss. Guzman finished 3-for-4 with a double. Charles went 2-for-3 with two RBI. 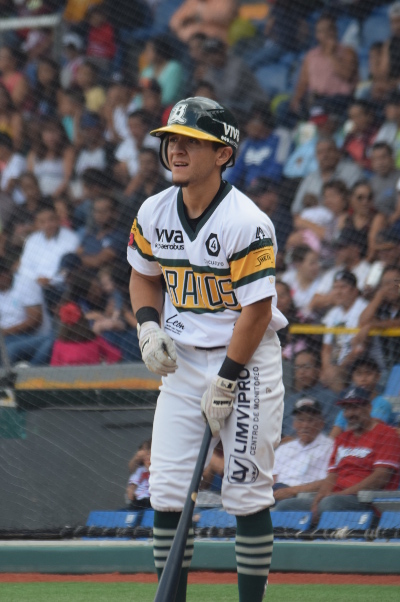