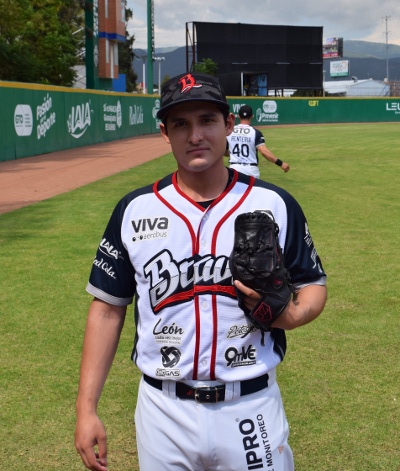 The Bravos de León (42-60) split a double-header with the Guerreros (Warriors) de Oaxaca (57-46) at Estadio Domingo Santana in León on August 11. The Guerreros won the first game 6-1, and the Bravos won the second game 9-3.

First game: LHP Alex Delgado when the seven-inning distance for the Guerreros. The Guerreros out-hit the Bravos 13-6, and Delgado struck out seven, walked one.

The Guerreros got on the board in the top of the third inning when LF Alonzo Harris hit a double with two out, and scored on a single by 2B-1B Alex Valdez. The next batter, 1B Moises Sierra, hit a single, but missed a chance to do further damage with a base-running blunder. A pitch by Bravos starter RHP Alex Sanabia bounced off the catcher's mitt and back to the mound. Sierra had gone to second, thinking that it was a passed ball. Valdez started for third, then went back. Sanabia threw to second, and Sierra was tagged out because he and Valdez were unable to occupy second at the same time.

The Bravos tied it with an RBI single by RF Daniel Cornejo in the bottom of the fourth. (The ball took a bad hop over the third baseman.) It was all Guerreros the rest of the way. They started the top of the fifth with a lucky break; DH Julian Ornelas made a bunt attempt that turned into an infield popup, but it landed in an area between home plate and third where nobody was. The next batter walked. The following batter, RF Jose Augusto Figueroa, bunted. Sanabia made a good effort to pick it up, but his throw to first missed the target, and Ornelas scored the winning run. The next batter, Harris, hit a two-run home run. 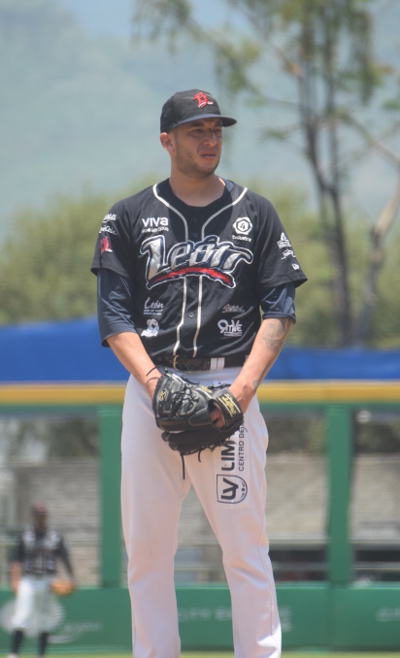 The Bravos had three double plays. The most interesting one came in the top of the second. Gonzalez made a bad bunt attempt with a runner on first. The catcher, Israel Nunez, caught it in the air, then made a throw to first base that caught the runner way off the bag.

Second game: Harris hit a solo home run in the top of the first (LF Felix Pie just watched it leave the ballpark), but the Bravos batted around in the bottom of the first. They started off with bunt singles by SS Marco Jaime (Phoenix, AZ) and 2B-SS Luis Medina. DH Matt Clark hit a fly ball to center field that was lost in the sun to load the bases, Jaime scored on a wild pitch, then 3B Carlos Rivero hit a two-RBI single. CF Cedric Hunter hit a single (good effort by Harris, who nearly made the catch at the left field fence), and Cornejo hit an infield single, but the bases were left loaded when C Omar Renteria grounded out. The Bravos made it 4-1 with a sacrifice fly by 1B Carlos Lopez in the bottom of the third.

The Guerreros got back in it with back-to-back home runs by 3B Orlando Pina and Ornelas. RHP Angel Landazuri, making his first start for the Bravos, was relieved with two outs, so he was one out short of getting his first win for the Bravos. The Bravos then blew the game open with five runs in the bottom of the fifth. They again loaded the bases with no outs; LF Felix Pie walked, Hunter singled, and Cornejo walked. Pie scored on a wild pitch. Lopez hit an RBI single. Then Renteria, who is batting .239, hit his first home run of the season, with two on. This completed the scoring, with the Bravos leading 9-3. 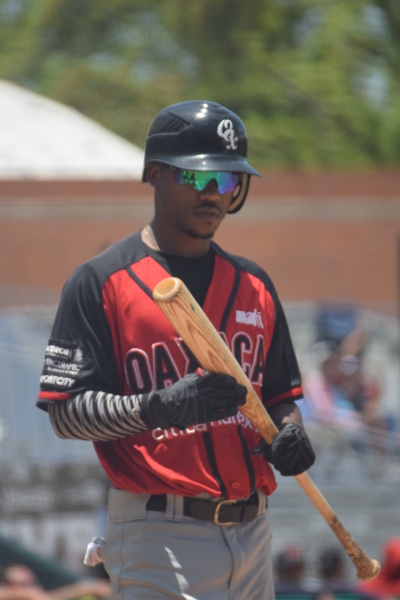 Landazuri was helped by a great play by Lopez at first base to end the third inning. Lopez dived to grab a ground ball by Valdez that would certainly have been extra bases. He recovered and was able to run to the base in time to make the out.

RHP Craig Stem, who pitched the fifth and sixth innings and allowed only one hit, got the win, his third this week. Guerreros starter Jose Carlos Medina, who gave up four runs on eight hits in 2 1/3 innings, got the loss. Hunter finished 3-for-4. Sierra went 2-for-3 with a double for the Guerreros. 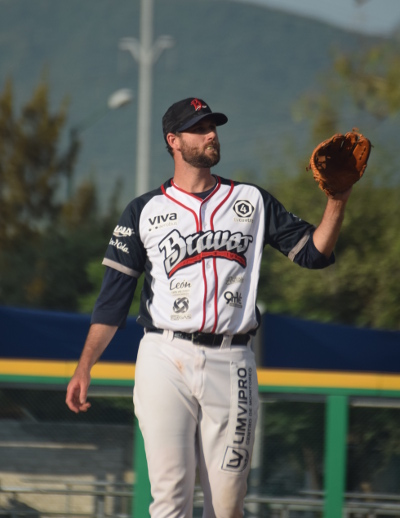 Sanabia (San Diego) played for the Marlins in 2010-11 and 2013, had a career record of 8-10, 4.15 ERA. Nunez was in the Mariners organization 2006-09. Landazuri (San Bernardino, CA) played four seasons for UC Riverside, had a career record of 13-16, 4.17 ERA. Stem (Hermitage, TN) played college ball for Trevecca Nazarene, was in the Dodgers organization 2011-14. Rivero (Barquisimeto, Venezuela) had seven at-bats with the Red Sox in 2014, got four hits, including a home run and a double. Lopez (Northridge, CA) played college ball at Cal State Fullerton, was in the Marlins organization 2013-15.