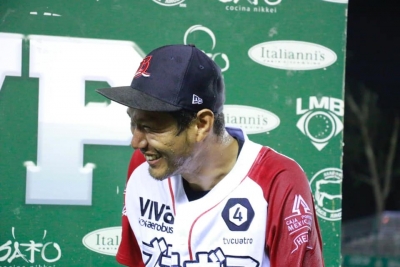 The Bravos de León (31-44) defeated the Acereros (Steelers) de Monclova (47-29) 3-0 at Estadio Domingo Santana in León on July 9. On a night designated as "the night of the Samurai" by the Bravos, RHP Yasutomo Kubo and RHP Manny Acosta combined for a one-hit shutout of one of the best teams in the Mexican League.

The Bravos got the only run they needed in the bottom of the first inning, on a home run by LF Cedric Hunter. They added a run in the bottom of the second when 2B Marco Guzman led off with a single, then scored from third base on a ground out by RF Jeremias Pineda. The Acereros got their only hit of the game when 3B Rodolfo Amado led off the top of the third inning with a double. He went to third on a ground ball, but was stranded after a ground out and a strikeout. The Acereros didn't get a runner past second the rest of the game.

The Bravos got an insurance run in the bottom of the seventh. The inning started with Acereros starter RHP Francisco Rodriguez being relieved by RHP Jaime Lugo. C Israel Nunez led off with a single. He was bunted to second. The Acereros replaced Lugo with LHP Justin Kelly. He walked the first batter he faced. Nunez went to third on a fly out by by SS Marco Jaime. Hunter then hit a high popup that should have ended the inning, but CF Juan Carlos Perez lost track of it. Nunez was already home when the ball hit the ground.

Acosta came in to pitch the ninth inning. He got behind in the count with the first three batters he faced, walking the first one, striking out the second one, and walking the third one. However, he struck out the next batter, then Perez hit an infield popup to end it. 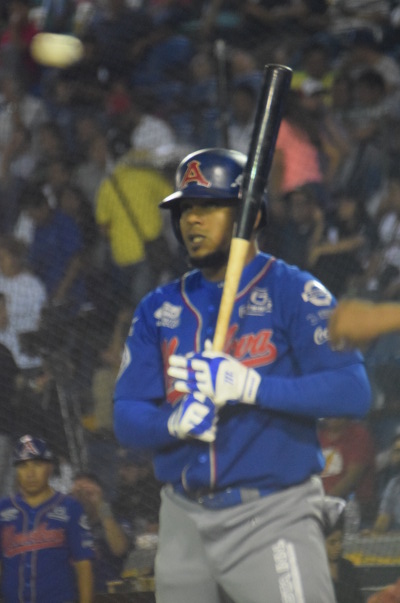 This game was a rematch of a Daniel Rodriguez vs. Kubo game on July 3, in Monclova. Rodriguez pitched seven innings, and allowed two hits. However, both of those hits were in the seventh inning, and the second one, a double by 3B Carlos Rivero, gave the Bravos a 2-1 win.

The Acereros' roster is loaded with players with Major League experience. 1B Chris Carter (Redwood City, CA) played eight seasons in the Major Leagues, including the A's, Astros, Brewers, and Yankees. He led the National League in home runs in 2016. He currently leads the Mexican League with 34 home runs, and 78 RBI. 2B Erick Aybar (Bani, Dominican Republic) had a long career with the Angels, was an all-star in 2014. DH Alex Mejia (Sylmar, CA) played college ball at Arizona, played for the Cardinals in 2017. LF Francisco Peguero (Nigua, Dominican Republic) played for the Giants 2012-13. C Bruce Maxwell (Weisbaden, Germany) played college ball at Birmingham Southern, played for the A's 2016-18. Daniel Rodriguez was in the Braves organization 2012-14. 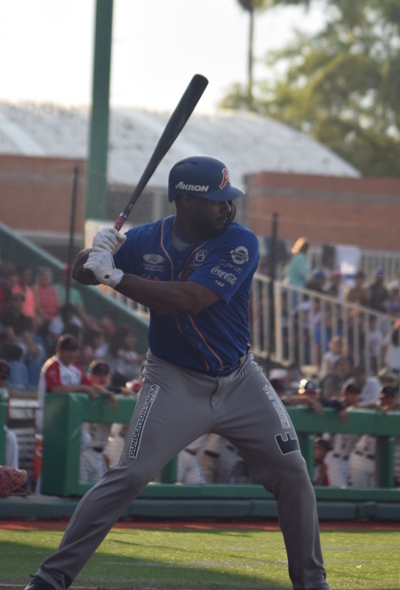