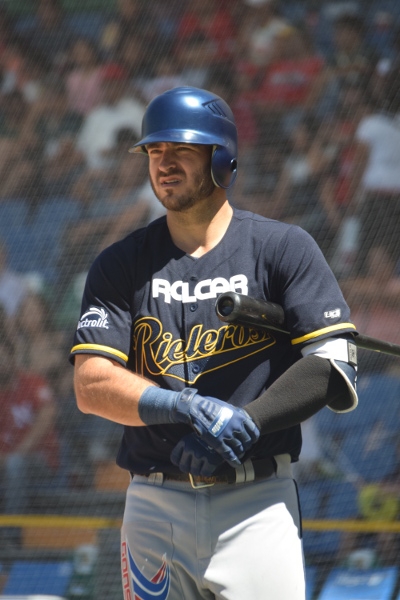 The Rieleros (Railroaders) de Aguascalientes (2-1) defeated the Bravos de León (1-2) 15-9 at Estadio Domingo Santana in León on April 7. After an excellent start by RHP Yasutomo Kubo in the season opener, the Bravos have given up 37 runs in their last two games.

The Bravos led this game 6-4 going into the seventh inning, but the Rieleros put up ten runs in the top of the seventh. The inning started with RHP Normand Mendoza on the mound. He gave up a three-run home run by DH Saul Soto. He was replaced by LHP Marco Ramirez, who walked the only batter he faced. The next pitcher was RHP Tony Amezcua, and he was greeted with a two-run home run by 3B Jose Vargas. Amezcua walked the next two batters, then a run scored on a single by RF Edson Garcia. That chased Amezcua, and he was replaced by RHP Fredy Quintero. Quintero struck out the first batter he faced (he had an ERA of infinity coming into the game), but the next batter, SS Richy Pedroza, hit a two-RBI single. He was followed by 2B Michael Wing, who hit a two-run home run, his second hit of the inning, and second home run of the game. Quintero gave up another home run, by Vargas, in the eighth inning. 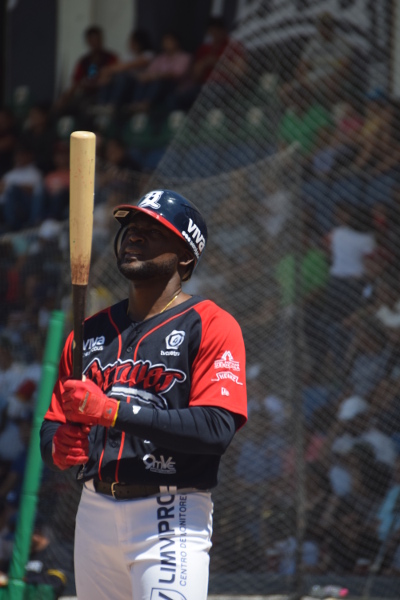 The Bravos trailed 15-6 going into the bottom of the eighth, but they nearly got back into it. The got a three-run home run by LF Felix Pie (his second home run of the game). The Bravos loaded the bases on a walk, a single by 2B Brandon Macias, and another walk. However, pinch-hitter Luis Medina struck out to end the inning and the scoring.

The Rieleros opened the scoring with an RBI single by Soto in the top of the first inning. The Rieleros answered with a solo home run by Pie in the bottom of the second. A two-run home run by Wing gave the Rieleros a 3-1 lead after 2 ½ innings. The Bravos took a 5-3 lead with a two-run home run by CF Cedric Hunter and a two-RBI single by C Isidro Pina. They made it 6-3 when 1B Eduardo Arredondo scored on a ground out by Pie in the bottom of the fourth. Wing hit an RBI double in the top of the fifth (Hunter lost it in the sun) to make it 6-4. Hunter hit a triple with two outs in the bottom of the sixth, and two walks loaded the bases, but the inning ended with a strikeout by DH Matt Clark.

Hector Silvestre, who pitched the sixth inning, got the win. Mendoza got the loss. 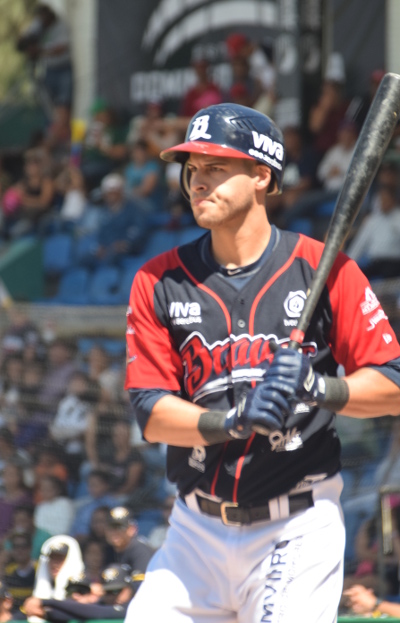 During the past off-season, the Mexican League decided to shut down both of these teams.However, intervention by the President of Mexico kept them alive. The Bravos added a new ownership partner, Grupo Multimedios.

Amezcua (Bellflower, CA) was drafted by the Reds in the seventh round in 2010; he was in the Reds organization through 2014. Clark (West Covina, CA) played college ball at LSU, was drafted in the 12th round by the Padres in 2008. He was also in the Mets, Brewers, and Cubs organizations. Pie (La Romana, Dominican Republic) played six seasons in the Major Leagues with the Cubs, Orioles, and Pirates. His career average was .246, and he hit 17 home runs. Hunter (Decatur, GA) was drafted in the third round of the 2006 draft by the Padres. He played a total of 19 games for the Padres and Phillies. Macias (Flagstaff, AZ) played college ball at Kansas, spent six seasons in the Brewers organization. 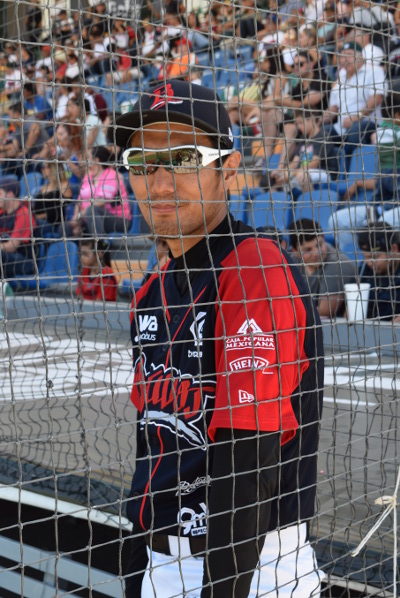