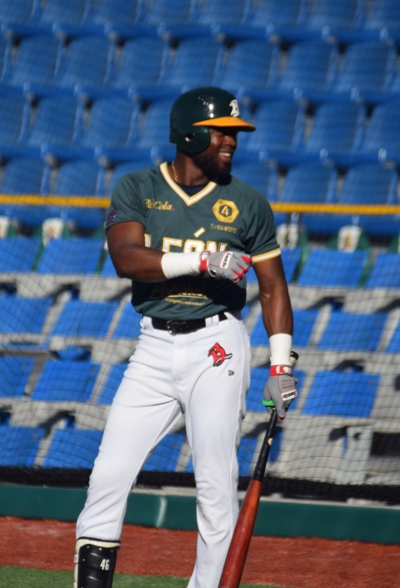 The Bravos de León (10-6) defeated the Algodoneros (Cotton Farmers) de Unión Laguna (7-11) 10-8 at Estadio Domingo Santana in León on July 22. This was the Bravos' sixth straight win, and they are in first place in the South Division of the Mexican League.

The game was scoreless for the first three innings, with the Bravos getting a double play in the top of the third inning, and leaving the bases loaded in the bottom of the third. The shutout ended with an RBI single by 3B Eudor Garcia in the top of the fourth, and his single loaded the bases with nobody out. Bravos starter RHP Eder Llamas struck out the next batter, and the following batter hit a ground ball that resulted in a force out at home. Llamas was relieved by RHP Marco Quevedo, and he was greeted by a grand slam home run by CF Jonathan Jones. The Algodoneros added another run in the top of the sixth on an RBI single by C Daniel Mercado. They led 6-0 going into the bottom of the sixth, and it looked like the Bravos' winning streak was coming to an end.

The Bravos ended the shutout in the bottom of the sixth when LF Felix Pie scored on a ground out by DH Julio Perez. The next batter, 3B Joe Munoz, hit an RBI single. Munoz was followed by C Israel Nunez, who hit a single (good dive into first base), putting runners on first and second. Algodoneros starter RHP Saul Castellanos was relieved by LHP Roman Pena, and Pena got out of the inning with two fly outs.

Pena was relieved by RHP Humberto Montiel in the bottom of the seventh, and all hell broke loose. 2B Niko Vasquez got it started by reaching on an error, then scored on a single by CF Cedric Hunter. Hunter stole second on a call that was reviewed, but the next batter, Pie, hit a home run, and the score was 6-4. Montiel was relieved by RHP Alejandro Chavarria (Indio, CA) without recording an out. Chavarria walked the first batter he faced, and the second one, Perez, reached on an error. Munoz bunted the runners to second and third, and Nunez hit a double to bring them home. The next batter, SS Marco Jaime (Phoenix, AZ), hit another double to score Nunez, and the Bravos led 7-6. Chavarria was relieved by RHP Jose Barajas, and the only out recorded by Chavarria was the bunt by Munoz. Barajas was greeted with an RBI double by 1B Eduardo Arredondo. Vasquez flied out for the second out of the inning, and Hunter hit a single for his second RBI of the inning. Barajas struck out Pie to end the inning, with the Bravos leading 10-6. 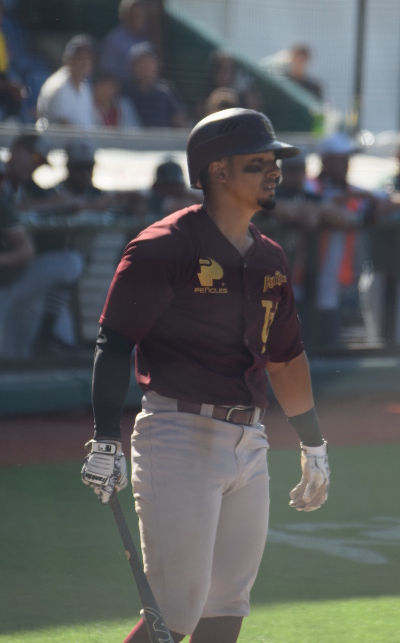 The Algodoneros got within striking distance in the top of the eighth with a two-run home run by Mercado. The Bravos responded by sending in LHP Marco Ramirez. He recorded two ground outs and a strikeout to end the inning. He started the top of the ninth with a ground out and a walk. Another ground out put a runner on second, and a passed ball put him on third. Another walk put the tying run on first, and the Bravos bullpen was busy. However, Garcia flied out to end the game.

Pie (La Romana, Dominican Republic) played 425 Major League games, for the Cubs in 2007-08, the Orioles in 2009-11, and the Pirates in 2013. He had a career batting average of .246. Munoz (Hacienda Heights, CA) was drafted in the second round by the Diamondbacks in 2012, was in the Diamondbacks organization through 2016. Vasquez (Oxnard, CA) was drafted in the third round by the Cardinals in 2008, was in the Cardinals organization through 2012, then the Reds organization in 2012. Hunter (Decatur, GA) was drafted in the third round of the 2006 draft by the Padres, played in six Major league games for the Pares in 2011, and 13 games for the Phillies in 2016. Lopez (Cananea, Sonora) played college ball at Central Oklahoma, played some independent league ball and played in Australia. 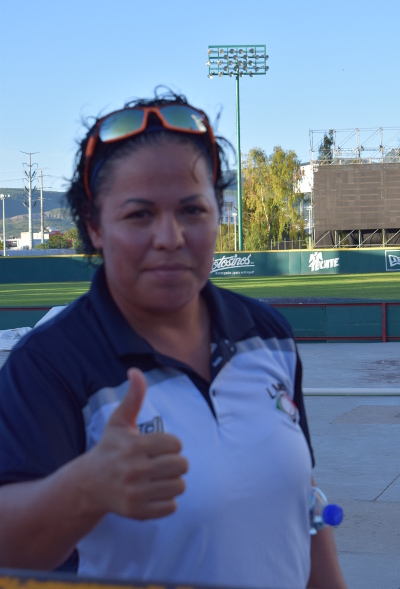 The third base umpire for the game was Luz Gordoa, the first female umpire in the Mexican League.