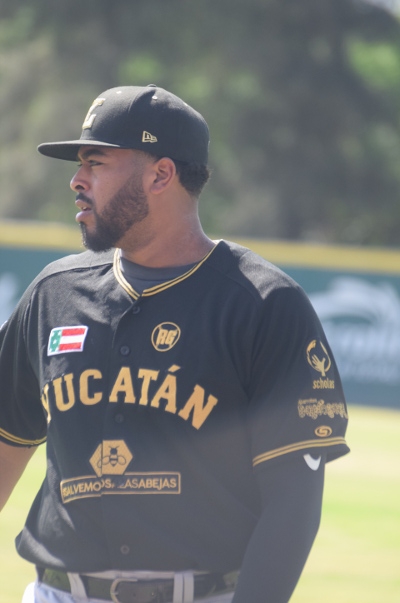 The Leones de Yucatán (Mérida) (40-17, first place in South Division) defeated the Bravos de León (27-29, fourth place in the South Division) 6-4 at Estadio Domingo Santana in León on June 3. The win gives the Leones a 3-1 lead in the best-of-seven first round playoff series.

This game was almost all Leones until the eighth inning. They jumped on Bravos starter RHP Dustin Crenshaw for two runs in the top of the first inning. CF Ruben Sosa led off with a single, then stole second base. (The Leones stole three of them.) He scored on a double by DH Luis Juarez, and Juarez scored on a double by LF Jesus Valdez. They added two more runs in the third on a home run by 1B Art Charles Jr. The Bravos originally thought they got out of the third with a double play, but the call at first base was reviewed and reversed; RF Leo Heras was safe at first. However, he was then caught stealing to end the inning.

Crenshaw made one of the better defensive plays of the game in the top of the fourth, when he caught a hard-hit line drive by SS Everth Cabrera. The shutout ended in the bottom of the fourth when 2B Niko Vasquez hit an RBI single. However, CF Junior Lake, who reached on a double, also tried to score on the play, and was out on a close play at home, on a throw from Heras.

The Leones completed their scoring with two runs in the top of the fifth. Juarez hit a Texas League single to center field. He scored the winning run on a single by Valdez, and that was the end of the day for Crenshaw. He was replaced by RHP Eder Llamas, who walked the first batter he faced, loading the bases with one out. C Sebastian Valle hit an RBI single, but the Bravos got out of the inning with a double play.

The Leones had what appeared to be a safe 6-1 lead going into the bottom of the eighth, but then some things happened. The Leones brought on RHP Andres Avila at the start of the inning. He started with a long at-bat by SS Amadeo Zazueta, which ended with a single that was just out of the reach of the second baseman. The next batter, DH Quincy Latimore, was hit by a pitch. He was followed by LF Cedric Hunter, who hit a double that scored Zazueta. However, Latimore also tried to score on the play. He was out on the play, and this time, it wasn't close. Hunter went to third on a wild pitch, and scored on a sacrifice fly by Lake. Avila walked the next batter, and was relieved by RHP Chad Gaudin. Gaudin struck out pinch hitter Julio Perez to end the inning. 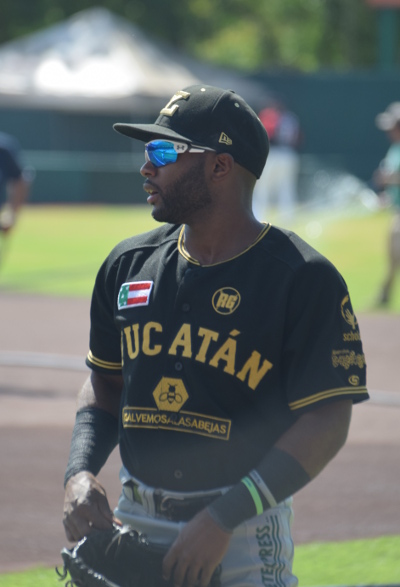 The Leones went three-up, three-down in the top of the ninth, so the Bravos trailed 6-3 going into the bottom of the ninth. 3B Brandon Macias led off with a double. Marco Jaime (Phoenix) came in to pinch hit, and came through with a single, scoring Macias. The next batter, RF Daniel Cornejo reached on an error. He was followed by Zazueta, who was supposed to bunt Cornejo and Jaime to second and third, putting the tying run in scoring position. However, he was unable to get a bunt down. Instead, he hit a ground ball to third base, and the third baseman stepped on the bag to force out the lead runner. The Bravos gave up an out with nothing to show for it. The next batter was Latimore. He got to a 3-0 count; the ballpark was rocking, and the fans were tomahawk chopping. Latimore took strikes on the next two pitches, fouled off a couple more, then struck out swinging. That was the second out, and the game ended on a ground out by Hunter.

Starter RHP Carlos Frias got the win; he went 5 1/3 innings, allowed one run on seven hits, struck out three. Gaudin got a save. Crenshaw got the loss. Valdez finished 3-for-4 with two RBI. Lake and Vasquez both went 2-for-3 with an RBI. 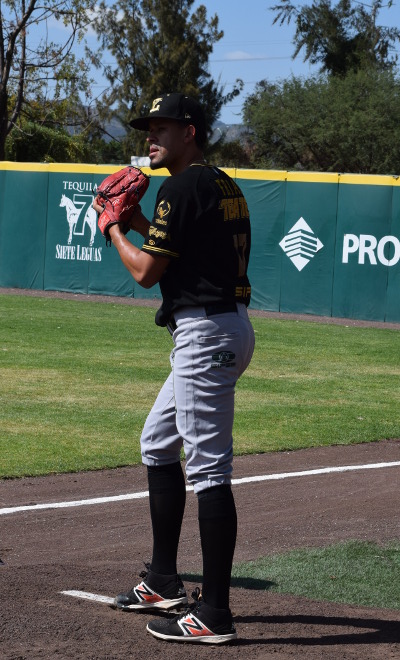