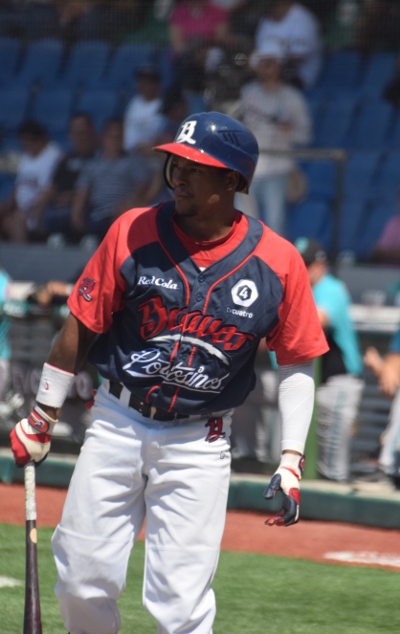 The Bravos started the scoring in the bottom of the second inning on an RBI double by 1B Brandon Macias; the Saraperos’ third baseman, Christian Zazueta, got a piece of the ball, but it deflected into left field. The Saraperos answered with two runs in the top of the third on an RBI single by LF Jose Manuel Orozco followed by a sacrifice fly by RF Rainel Rosario. The Saraperos got the rest of the runs they needed in the top of the fourth; an RBI single by C Jibran Castro, and a two-run home run by Steve Carrillo for the winning run.

The Bravos got a runner on base with one out in the bottom of the seventh on a single by 3B Miguel Torrero. The Bravos sent out Refugio Cervantes to pinch-hit for C Marco Chicuate. The Saraperos responded with a pitching change, replacing RHP Luis Angel Daniel with LHP Santiago Gutierrez. The Bravos then called Cervantes back to the dugout, and sent in another pinch-hitter, Daniel Cornejo, who lined out. 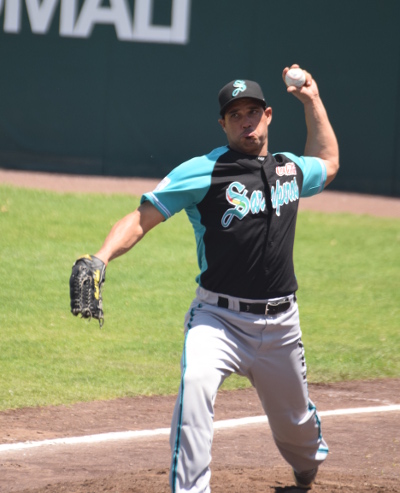 The Bravos had a near-miss in the bottom of the ninth when, after a long at-bat, Torrero hit a fly ball that was caught at the left field fence. 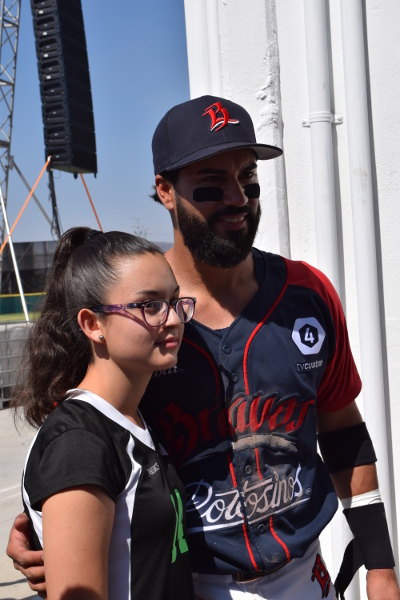 Valdes (Havana, Cuba) played for Cuba’s national team, and defected in 2003. He played five seasons in the Major Leagues with the Mets, Cardinals, Yankees, Phillies, and Astros, had a career ERA of 5.13. Martin (San Fernando, CA) started his pro career with the Saraperos, the was signed by the Nationals in 2010. He played for the Nationals in 2015 and 2016, had a career ERA of 4.50. Rosario (Santo Domingo, Dominican Republic) was in the Cardinals and Red Sox organizations 2006-16. Carrillo (Los Angeles) played college ball at Cal State-Dominguez Hills, then played in the Independent leagues for several seasons prior to signing with the Vaqueros Union Laguna in 2016. 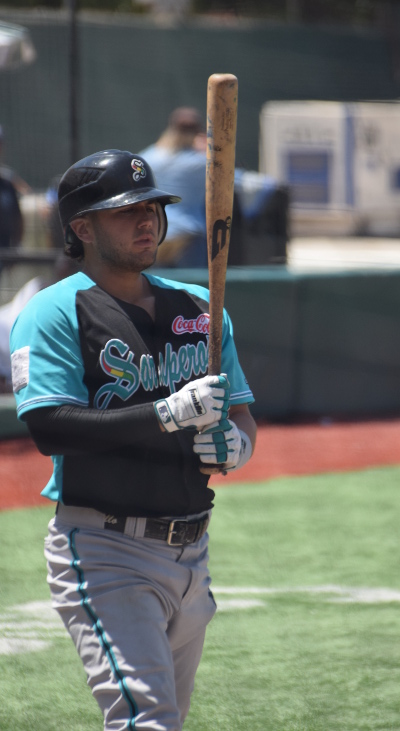