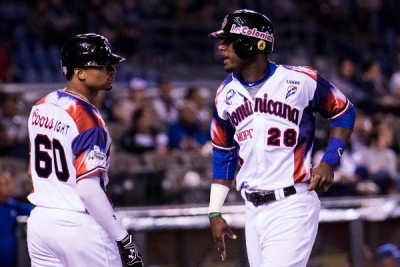 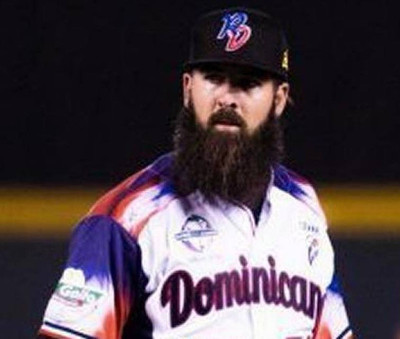 Águilas starter Bryan Evans was brilliant. He went seven innings, allowed five hits, and struck out eight, and at least two of the strikeouts were on three pitches. The final out he recorded was the result of a great catch in left field by Lake. After Evans' departure, the Águilas completed the scoring with four runs in the bottom of the seventh, on RBI singles by Espinal and RF Ronny Rodriguez, and a two-RBI triple by 3B Luis Valenzuela. Wirlin Obispo and Juan Grullon pitched the final two innings for the Águilas; each of them allowed a hit. Obispo struck out two, and Grullon struck out one.

It took just under three hours to play this game.

The Águilas and Alazanes are both 2-1 in the tournament.

Evans played college ball at UC Davis, was taken in the 14th round of the 2008 MLB draft. He has played minor league and independent league ball for ten years. Lake has played for the Cubs, Orioles, and Blue Jays. He played for the Bravos de León during the summer of 2017. 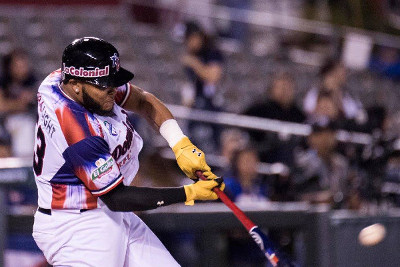 The hosts, Charros de Jalisco, have again been excellent. You can buy a double beer (two 325 ml. bottles emptied into one large cup for $5. If you want coffee instead, Illy provides excellent lattes. Lots of good food available.

This is the third time that the author has seen Granma in action; see Alazanes de Granma 12, Cazadores de Artemisa 2 and Alazanes de Granma 6, Vegueros de Pinar del Rio 3. Alfredo Despaigne made an appearance in this game as a pinch hitter in the ninth inning, flied out.