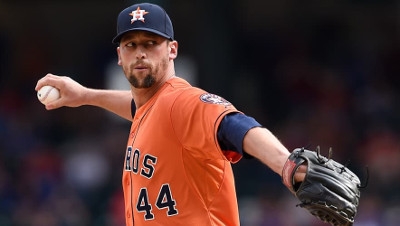 During his time at Saint Xavier, the Cougars went 158-94-1 (.626) over his four-year career. SXU claimed three Chicagoland Collegiate Athletic Conference regular season titles (2004-06), won the 2006 NAIA Region VII & NAIA Super Regional, and advanced to NAIA World Series for the first time since 1988. During his senior season of 2006, Gregerson was an NAIA All-American Honorable Mention as an outfielder, the NAIA Region VII MVP, and the CCAC Player of the Year. At the plate Gregerson had a career average of .328, with 147 RBI and 148 runs scored.

After being drafted by the St. Louis Cardinals in the 28th round, Gregerson made his MLB debut with the San Diego Padres in 2009. He joined the Astros in 2015, and throughout the postseason this year, made a total of five relief appearances without allowing a run.

During his induction into the SXU Hall of Fame in 2014, Gregerson said, "One of my fondest memories would have to be my senior year when we went to the NAIA World Series. Up to that point, it was some of the most exciting baseball I remember being a part of. We had a group that gave everything to get to where we were. Battling through slumps, failures and injuries to show what they were made of. I think that people in sports know how hard it is to find a group of guys with such passion. Nobody knows that better than [Former SXU Head Coach Mike] Dooley."

More in this category: « 2017 MLB draft A turnaround at Florida Memorial »