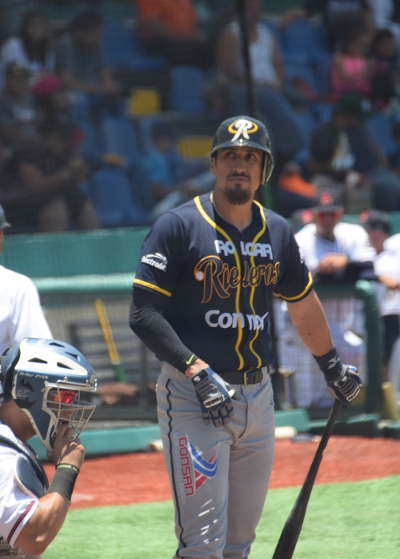 The Rieleros answered with a two-run home run by 3B Jose Vargas in the top of the second. They took the lead for the first time on a two-RBI double by Castillo in the third. The Bravos took a 5-4 lead on a three-run home run by Johnson in the bottom of the third. 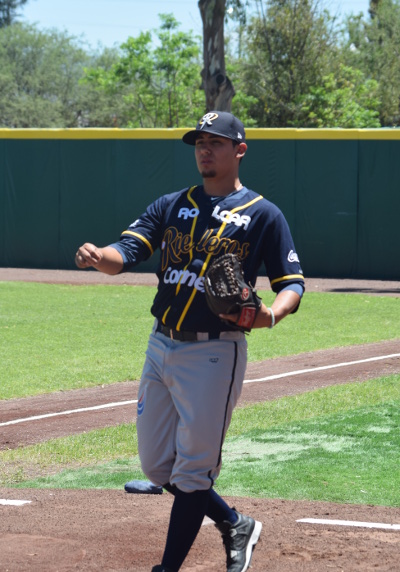 Each team got a run in the fourth; C Carlos Rodriguez scored for the Rieleros on a ground out by RF Dave Sappelt, and Mejia hit an RBI single for the Bravos. However, both teams missed chances to do more damage. The Rieleros stranded runners at third and first, partially the result of a big strikeout of SS Richy Pedroza by RHP Alfonso Sanchez. The Bravos’ half of the inning ended when Mejia was picked off by a throw by Rodriguez. The Rieleros tied it 6-6 on an RBI single by Rodriguez.

RHP Roby Romero, who took the mound in the fourth inning and pitched the fifth and sixth, got the win. RHP Fernando Villalobos, who pitched the sixth inning, got the loss. The seven Bravos pitchers recorded nine strikeouts. Castillo finished the game 3-for-5 with three RBI. Johnson went 2-for-3, batted in five of the Bravos’ seven runs.

The Bravos are now two games out of a playoff spot, which seemed improbable at the beginning of the month, when they were in last place. They had an eight-game winning streak going into this series, but the Rieleros swept it. The Rieleros are in fourth place in the North Division, good for a playoff spot, and they are four games ahead of the fifth-place team. 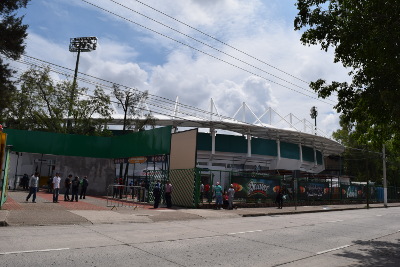 Vargas’ (Ventura, CA) home run was his 19th of the season, and he is tied with one other player for third-most home runs in the league. He was in the White Sox organization 2008-10. Castillo has 20 home runs, and is tied with one other player for most in the league. He is batting .365, third-best in the league. Romero (Santa Fe, NM) played for Oklahoma City University, and played for the Tucson Saguaros of the independent Pecos League. Sappelt (Buffalo, NY) played college ball for Coastal Carolina, played for the Reds in 2011, and the Cubs in 2012 and 2013. He played 95 games total, had a career average of .251. Pedroza (Covina, CA) played college ball at Cal State Fullerton, was in the Cardinals organization 2013-15.