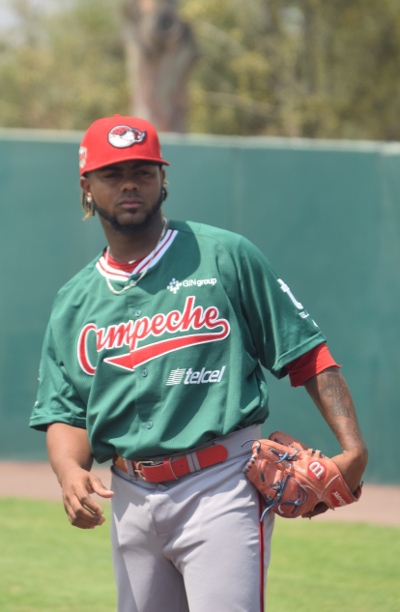 The Piratas got all the runs they needed in the top of the first inning. They loaded the bases on Bravos starter RHP Alfonso Sanchez with a walk, a base hit by DH Frank Diaz, and another walk. Sanchez then hit SS Paul Leon with a pitch to open the scoring. The next batter, LF Maxwell Leon, bunted for an RBI and the winning run. 1B Fernando Flores hit a double to score two runs, and RF Roberto Valencia hit a double to score another run.

Sanchez didn’t allow another hit until the fifth inning, when Diaz led off with a double. 3B C.J. Retherford followed with a home run. Sanchez walked the next batter, and was relieved by RHP Fredy Quintero, who gave up a single, then a double-play ball. Leon completed the scoring with home run in the seventh that went a long way over the left field fence.

Valdez was helped by several good defensive plays. There was a double play in the first inning. Valencia made a good catch in right field in the second inning. The Bravos had their best scoring threat in the bottom of the third. C Marco Chicuate led off with a single. The next batter, DH Eduardo Arredondo, hit a line drive to right field. However, Valencia got the ball to the infield very quickly, and Arredondo initially held up at first, while Chicuate went to third. However, Valencia’s throw was bobbled, and Arrendondo was sent to second. He was safe, after a close play at second was reviewed. Valdez walked the next batter, loading the bases, and struck out the batter after that. The next batter, RF J.C. Linares, hit a sharp line drive to the shortstop Leon. Leon caught it, then stepped on second for an unassisted double play, ending the inning. 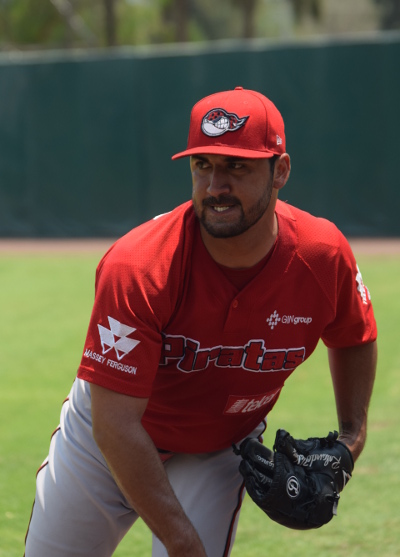 1B Juan Miranda hit an RBI double in the bottom of the fourth to end the shutout. However, the inning ended when center fielder Engel Beltre robbed Chicuate with a great catch. The fifth inning ended with another good play by Leon; he fielded a ground ball hit by Linares, then made a good change of direction to throw to second. The Bravos got a baserunner to third in the bottom of the seventh, but Valdez got a strikeout to end the game.

Sanchez got the loss. Diaz finished 2-for-3 with two runs scored. Arrendondo went 3-for-4.

Second game: RHP Ulises Joachin and reliever LHP Derrick Loop came up one out short of a one-hit shutout.

SS Niko Vasquez got the only Bravos hit over the first six innings, a double in the second inning. Joachin pitched six innings, allowed only the Vasquez double, walked two, struck out four. Loop came in to pitch the seventh. The first batter he faced grounded out, the second one walked. Then, Vasquez hit a sharp ground ball that got by the third baseman. Loop struck out the next batter. Vasquez stole second, so there were runners on second and third. 1B Juan Miranda hit a single, the second hit of the game, scoring two runs. The next batter hit a popup to end the game.

C Jesus Navarro opened the scoring with a solo home run in the third inning. The Piratas added three runs in the top of the fourth. DH C.J. Retherford started the inning with a single. The next batter, SS Paul Leon, reached on an error. The batter after him, LF Maxwell Leon, hit a bunt single, loading the bases. The next batter, 1B Fernando Flores, hit a single, scoring Retherford. Then 2B Domingo Castro hit two-RBI single. The next batter, Navarro, hit a fly ball to the right field wall, but was out on a good catch by J.C. Linares. The Bravos’ starter, RHP Walter Silva, then got out of the inning with a double play. 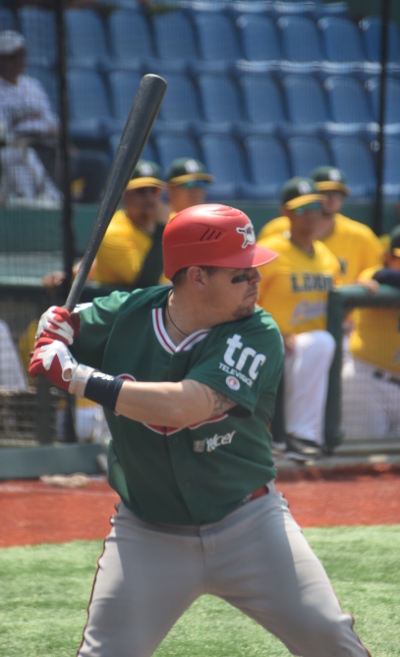 Joachin helped his cause with an excellent snag of a low line drive to end the first inning. Vasquez opened the second inning with a double, and went to third on a fly out. He was stranded at third when Joachin struck out the next two batters. The Bravos didn’t get anyone to first base from the fourth through the sixth innings.

Silva got the loss, pitched six innings, allowed eight hits, walked one, struck out two. Maxwell Leon finished 2-for-3, was the only player in the game with more than one hit.

This was Alfonso Sanchez’ first start for the Bravos since he was loaned to them by the Sultanes de Monterrey. Quintero was in the Dodgers organization 208-2009. Linares (Havana, Cuba) was in the Red Sox organization 2010-2013. Silva made six appearances for the Padres in 2009, pitched 24 2/3 innings. Valencia was activated on May 28, and these were his fifth and sixth games for the Bravos. He has eight hits in 19 at-bats. 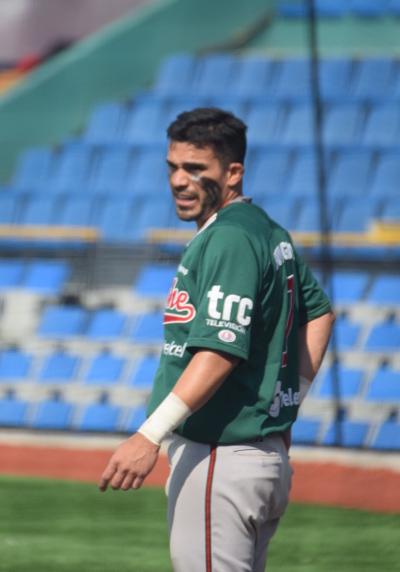