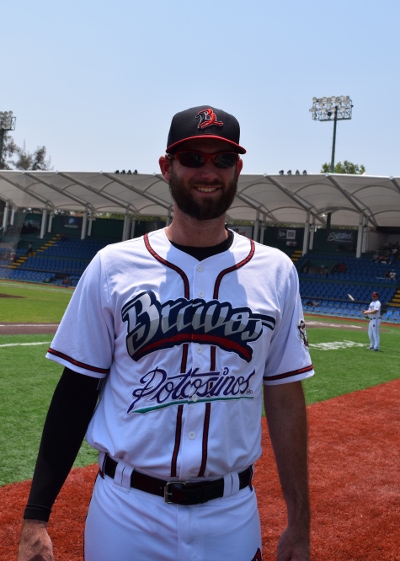 The deciding inning started with a fly out. Then, 2B Carlos Valencia hit a home run to left field. The next batter, RF Brandon Macias, hit another home run to left field, and that one got out of the ball park in a hurry. The Sultanes replaced RHP Marcos Rivas with LHP Edgar Torres. Torres recorded a strikeout, but the next batter, C Marco Chicuate, completed the scoring with yet another home run over the left field fence. The Bravos sent in their closer, RHP Craig Stern, to pitch the top of the ninth, and he retired three of the four batters he faced.

The Bravos out-hit the Sultanes 14-7, but missed some opportunities in the early going. A single by Valencia in the third inning scored a run, giving the Bravos a 3-1 lead, but SS Niko Vasquez was tagged out at third; a review of the play upheld the call on the field. After a fly out, Valencia went to second on a single by 1B Leslie Anderson. The next batter, Chicuate, hit a single to left field, but Valencia was tagged out at home after a excellent throw by LF Zoilo Almonte.

The Sultanes opened the scoring with a run in the top of the first without a hit. CF Chris Roberson led off with a walk, went to second on a wild pitch, stole third, and came home on another wild pitch. The Bravos answered with a run walked in, RBI to Valencia. However, the Bravos left the bases loaded when Macias struck out. The Bravos got a runner on first in the bottom of the second, but 3B Agustin Murillo made a great catch of a line drive to prevent any damage.

The Sultanes tied it 3-3 with a two-run home run by Murillo in the top of the fourth. They went ahead 4-3 with a home run by Almonte in the sixth. They were kept off the board the rest of the way by relievers RHP Mitch Lively (seventh inning, one hit), RHP Gerardo Sanchez (eighth inning, no hits), and Stern. 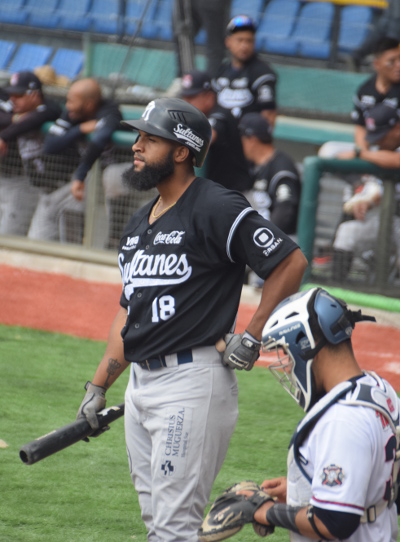 3B Miguel Torrero led off the bottom of the seventh with a single. The Sultanes made a pitching change, replacing reliever LHP Adrian Guzman with Rivas. The next batter, CF Leandro Castro, attempted to bunt, but the first pitch, according to the umpire, hit his bat, then hit his hand. Bravos Manager Luis Rivera felt otherwise, and while Castro was recovering from being hit, Rivera was ejected from the game. When Castro continued his turn at bat, he hit into a double play.

Sanchez got the win, and Stern got a save. Rivas got the loss. Valencia finished 2-for-3 with three RBI. 1B Alex Valdez went 2-for-3 with a double for the Sultanes.

The Sultanes have the best record in the Mexican league, and have a five-game lead in the North Division. They led all of minor league baseball in attendance last season with an average of 12,703.

Stern (Hermitage, TN) played college ball at Trevecca Nazarene, was drafted by the Dodgers in 2011, traded to the Marlins in 2014. Lively (Susanville, CA) played both baseball and football for Sacramento State, was drafted by the Rockies in 2007, was in the Giants organization for several years, also played in Japan and Venezuela; he was Pitcher of the Year in the Venezuelan Winter League last season. Sanchez (Las Cruces, NM) was in the Astros organization. Vasquez (Oxnard, CA) was drafted in the third round by the Cardinals in 2008. Rivera was a RHP in the Braves organization 1995-2000. He made five MLB appearances for the Braves, and one for the Orioles. 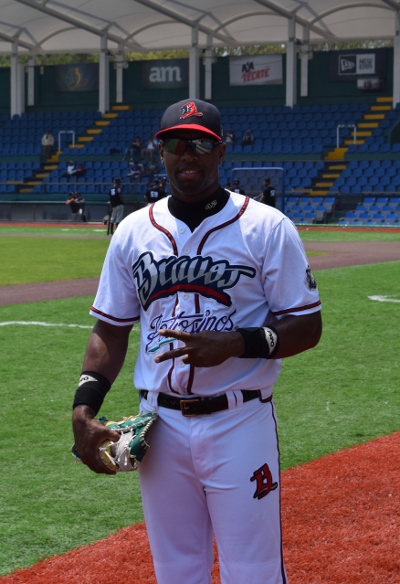