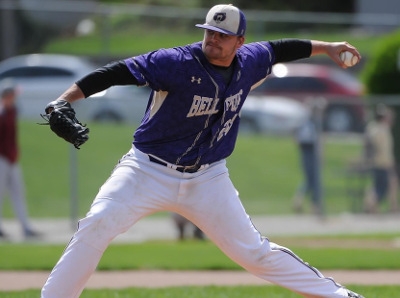 The Stars won the Sooner Athletic Conference pennant, and will host an Opening Round bracket. They are hosting the conference tournament, which starts May 5. They will play Southwestern Assemblies of God in the first round. Video

#2 Bellevue swept four games at Waldorf, 5-0, 15-0, 13-5, and 2-0. RHP Ben McKendall pitched eight innings of the first game, allowed four hits, struck out ten. LHP Dylan Thorp completed the shutout. 2B Miles Campbell went 3-for-4 with a home run. LHP Colten Barnes, RHP David Mendez, and LHP Caleb Rodriguez combined for a two-hit shutout in the second game. Story The Bruins put the third game away with a four-run fifth inning; the winning run was scored on a sacrifice fly by C Jake Browne. RHP Reid Feeley got the win, went eight innings, allowed two runs on seven hits, struck out nine. LHP Zach Wilson went the seven-inning distance for the shutout in the fourth game, allowed four hits. Waldorf never got a runner to second base. The only scoring was a two-RBI single by 1B Riley Baasch. Story

The Bruins won the North Star Athletic Association pennant, and will host an Opening Round bracket. They have won 13 straight, and 40 of the last 41 games. The conference tournament starts May 5, with Jamestown and Valley City State as hosts. The Bruins will play Presentation in the first round. 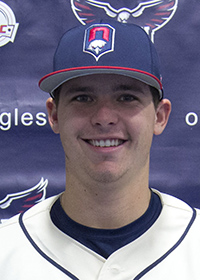 The Eagles won the Kansas Collegiate Athletic Conference pennant, and will host an Opening Round bracket. The conference tournament is in Great Bend, KS, and the Eagles will play McPherson in the first round on May 3.

After losing a series to #20 William Carey the previous weekend, #4 Faulkner swept Mobile, 8-6, 11-8, and 9-6. 1B Austin Paschke hit a three-run home run for the winning run in the first game. The Eagles didn't put the second game away until the top of the seventh, when they scored five runs. Pinch-hitter Deivy Palmeiro hit an RBI single for the winning run, then 2B Ryan Rosa hit a two-RBI double. Story RF L.D. Coney hit a two-run home run in the top of the fifth for the winner in the third game, but the Eagles needed a strong relief effort by LHP Braden Olive to hang on to the win. Olive pitched the last five innings, allowed only one hit, got the win. Story

The Eagles finished second in the Southern States Athletic Conference, one game behind #10 Middle Georgia State. They are hosting an Opening Round bracket. The conference tournament starts May 3 in Montgomery, AL. Faulkner plays Martin Methodist in the first round, and Middle Georgia State plays Loyola-New Orleans. Video

#5 Keiser did not play this past weekend. The previous week, they won a midweek game against #17 Webber International, and won two of three against South Carolina-Beaufort, 5-7, 17-10, and 13-1.

The Seahawks won The Sun Conference pennant. The conference tournament starts May 5 in Fort Myers, FL. The Seahawks play Thomas in the first round. #8 Southeastern plays South Carolina-Beaufort. Video

#6 Clarke won three of four at Mount Mercy, 5-1, 10-0, 7-8, and 13-5. RHP Anthony Ruden got the win in the first game, pitched six innings, allowed six hits, struck out eight. DH Tyler Matlock went 2-for-3 with a three run home run. RHP Michael Lopez and RHP Anthony Lazo combined for the two-hit shutout in the second game. Story The Crusaders led 7-1 going into the bottom of the seventh and final inning of the third game, but 1B Tarran Beazley hit a grand slam home run, and the Mustangs added three more runs to win it. LHP Adam Lloyd held the Crusaders to one run over the final four innings, got the win. Story The fourth game was halted by rain with the score 1-1 in the third inning, but when the game resumed the next day, the Crusaders put it away with eight runs in the top of the fifth, led by a three-run home run by 1B Evan Faccenda. CF Ricky Marinez went 3-for-4 with a home run, a double, and three RBI. Starting RHP Austin Clemens got the win. Story 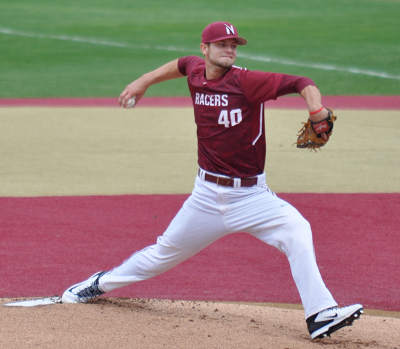 Lopez' 11 wins ties him with Damon Proctor of Northwestern Ohio and three other pitchers for third-most in the NAIA.

More in this category: « Top 25 and recap for April 18 National Championship preview »