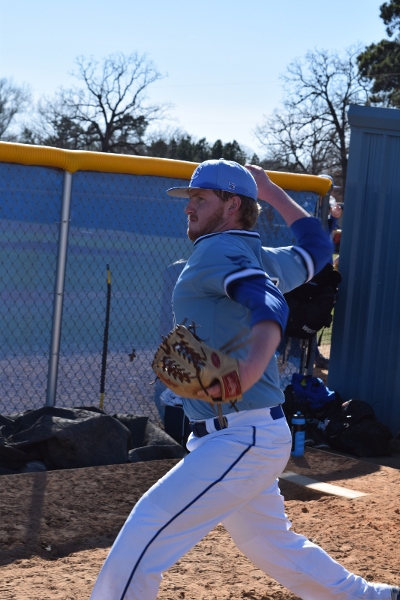 The Jarvis Christian Bulldogs (6-4) and the Tabor Bluejays (2-1, ranked #10 pre-season) split two seven-inning games. The Bulldogs won the first game 9-7, and the Bluejays won the nightcap 6-3.

First game: The Bulldogs took a 6-0 lead in the bottom of the third inning. RF Christopher White got it started with a one-out single. 2B Alex Garcia walked, then CF DeAndre McGuire laid down a good bunt. So good that Tabor 3B Kyle James had to rush the throw to first. It was off-target, and the result was, McGuire got two RBI on the bunt. McGuire then scored The next batter, 1B Carlos Andrade, walked. DH C.J. Tyler hit an infield single, then LF Spencer Thomas hit a three-run home run.

The Bluejays got two back in the top of the fourth, on RBI singles by DH Blake Standiford and James. C Braxon Byfield hit a sacrifice fly on a good turn at bat in the top of the fifth. The Bulldogs got a run in the bottom of the first when McGuire singled, then scored when a fly ball hit by Thomas was dropped. That made the score 7-3 for the Bulldogs.

The Bulldogs got the winning run in the bottom of the sixth. Tyler Ruiz, pinch-running for 3B Stephon Miller, who reached on a double, came home on a triple by White. Reliever RHP Tommy Sliva hit two batters, loading the bases. He then walked Andrade, scoring White. Byfield and Flax hit doubles on the top of the seventh, but the game ended when reliever Alejandro Guerrero struck out Standiford, with the typing run on second. 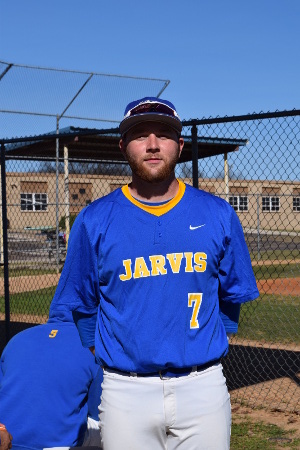 Guerrero got the win; he pitched 1 1/3 innings, allowed one run on four hits, walked two. Bulldogs starter LHP Jerry Flores recorded six strikeouts. Sleva got the loss. McGuire and White both went 2-for-3 for the Bulldogs, and Andrade drew three walks. Flax and Harris both went 3-for-3 for the Bluejays.

Second game: The Bluejays got an excellent start by RHP Colton Moore. He went six innings, allowed one run on two hits, struck out six, and walked one. The only run came from a sacrifice fly by 3B Stephon Miller in the bottom of the fourth.

The Bluejays led 6-1 going into the seventh inning. They opened the scoring in the top of the first on an RBI single by 2B Jacob Jones. The got a three-run home run by C Braxon Byfield in the third, and got two more runs on the fourth, when 3B Joel Frias (Santo Domingo, Dominican Republic) scored on an error on a ground ball, and Jones hit an RBI single.

Moore was relieved by LHP Manuel Reyes in the bottom of the seventh. He recorded two outs (oner of them a strikeout), then things got exciting. He hit a batter, then CF DeAndre McGuire hit a two-RBI single. RF Christopher White hit a single, and Reyes walked next batter, loading the bases. The Bluejays brought in RHP Kellen Reed, and the Bulldogs sent in Joseph Lyall to pinch-hit. Reed struck him out, ending the game with the tying run was at first. 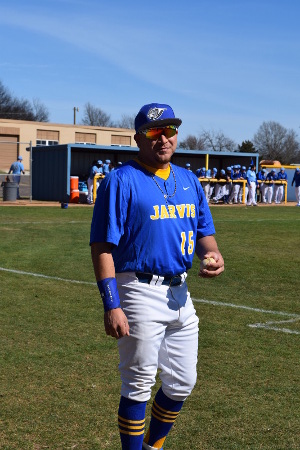 Both teams were charged with two errors, but the Bulldogs made a couple of good defensive plays. LF Spencer Thomas made a good catch of a fly ball in foul territory to end the third inning, and McGuire made a good catch in the fourth inning that saved a run.

Moore got the win, and starting RHP Tyler Arnsberg got the loss. Reed got a save. Jones and SS Abdiel Alicea went 2-for-3 for the Bluejays.

Jarvis Christan is a historically Black college located in Hawkins, TX, 15 miles from Tyler. It was founded in 1912, and has a nationally recognized Criminal Justice program. It has about 1,000 students, and is affiliated with the Disciples of Christ.