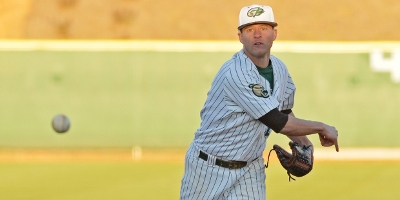 For those of you that have been skeptical about #1 Georgia Gwinnett (I admit to being one of them), they're for real. They swept #8 South Carolina-Beaufort, 14-8, 12-4, and 2-0. DH Marcus McCorkle went 2-5 with three RBI in the first game, hit an RBI double for the winning run in the third inning. Story SS Trevor Bradley went 2-for-4 with a triple and four RBI in the second game; this one was relatively close until the Grizzlies eruted for eight runs in the bottom of the eighth. Bradley was the starting pitcher for the third game, went seven innings, allowed three hits, struck out eight. RHP Jeremy Hutchison and LHP Will Solomon completed the shutout; Solomon struck out three of the five batters he faced. CF Josh Merrigan hit a sacrifice fly in the third inning for the winning run. Story

The Grizzles then won a close game over Cumberland, 6-5. The Grizzlies had the early lead, then got shutout performances by relievers RHP Tyler Souris and Solomon to hold on for the win. Souris got the win; he pitched 3 1/3 innings, allowed one hit, walked one. Merrigan went 3-for-4 with a double and three RBI, and his RBI single in the fourth inning scored the winning run.

Zac Rinehart is third in the NAIA in hitting with a .459 average. Bradley is tied with Davis Adkins for lowest ERA, 1.93. Adkins leads the team in won/lost (11-0, third-most wins in the NAIA) and strikeouts (80). The Grizzlies finish their regular season at home against Talladega April 29-30. They are hosting the A.I.I. Tournament May 7-11. video 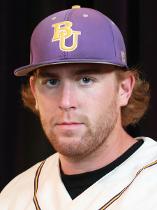 #2 Bellevue won three of four against Waldorf, 13-4, 16-0, 6-7, and 12-1. C Jake Browne went 4-for-5 with a double and three RBI in the first game. Story RHP Todd Nicks, RHP John Timmins, and RHP Connor Chick combined for a seven-inning no-hitter in the second game. Nicks pitched the first five innings, struck out nine, and walked a batter for Waldorf's only baserunner of the game. Chick struck out the side in the top of the seventh. The Bruins trailed the third game 7-1 after four innings; a bottom-of-the seventh rally by the Bruins ended with the tying run on third. The Bruins put the fourth game away early with nine runs in the second innings. 1B Joe Mancuso went 3-for-4 with a home run, a triple, three RBI, and two runs scored. Story

The Bruins lead #10 Jamestown by two games in the North Star Athletic Association. The NSAA tournament is May 6-10, at Jamestown and Valley City State. The Bruins visit Presentation April 29-30, and complete their regular season at home against Briar Cliff May 1. audio

#3 Faulkner swept Mobile, 3-1, 7-6 (eight innings, scheduled for seven), and 7-0. The first game was a pitching gem by RHP Mark Vasquez. He went the distance, struck out 10, didn't allow a hit after the third inning, and the only run the Rams got was unearned. Story The Eagles trailed the second game until the bottom of the seventh, got three runs to send it into extra innings. The winning run came on a bases-loaded walk. RHP Phillip Anderson and LHP Victor Arche combined for the shutout in the third game, but Anderson pitched 6 1/3 innings of a seven-inning game, allowed five hits, struck out four. David Palenzuela hit an RBI triple for the winning run. Story

Vasquez is 9-0, 1.65 ERA, with 99 strikeouts (seventh-best in the NAIA). Palenzuela leads the team in hitting with a .384 average, has eight home runs. The Eagles have a three-game lead over #7 Auburn-Montgomery in the Southern States Athletic Conference, with three games left to play, at Auburn-Montgomery April 28-29.

The Warriors finish their regular season at home against Corban April 29-30. video The NAIA West tournament will be May 6-9, probably in Vancouver. 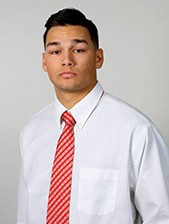 #5 Tennessee Wesleyan won two of three at Point, 5-2, 5-6 (nine innings, scheduled for seven), and 8-3. The Bulldogs scored all of the runs in the first game in the second inning, and three of them were unearned. LHP Ryan Hartman went the seven-inning distance, allowed one earned run on six hits, struck out nine. The Bulldogs came up with four runs in the top of the seventh inning of the second game to send it into extra innings. They got a run in the top of the ninth to go ahead, but CF Riliani Familia hit a solo home run in the bottom of the ninth to tie it, then SS Nathan Greene hit an RBI single to win it. The Skyhawks got a great start from RHP Dylan Griffin; he had a no-hitter going into the sixth inning, allowed three runs on four hits in 6 1/3 innings, struck out 13. Greene went 4-for-5 for the game. Story RHP Tyler Thornton got the win in the third game, went seven innings, allowed three runs on six hits, struck out eight. C Paolo Montezuma went 3-for-5 with a home run and three RBI and three runs scored.

Hartman has the lowest ERA in the NAIA, 0.68. He is 7-0, and has 94 strikeouts. The Bulldogs have clinched the Appalachian Athletic Conference pennant. They finish their regular season at Milligan April 30-May 1.

#6 Westmont swept Biola, 8-4, 1-0, and 6-5. RHP Daniel Butler went the distance in the first game, allowed ten hits, struck out seven. 3B Graylin Derke hit a triple and a double, had four RBI. Story RHP David Gaydos, RHP Michael Rishwain, and RHP Sam Sheehan combined for the three-hit shutout in the second game. DH Alex Bush hit an RBI double in the first inning for the only run of the game. The Warriors trailed in the third game 5-2 going into the bottom of the seventh and final inning. They loaded the bases with nobody out with three singles. The next batter struck out on three pitches. Then Derke hit a two RBI double. DH Turner Conrad ended the game with a two-RBI single on a checked swing. Rishwain got the win, allowed one hit over the last two innings. Story 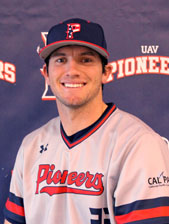 Butler is 10-1, 1.99 ERA, with 73 strikeouts. Rishwain is 4-0, 0.61 ERA. The Warriors have a three-game lead over #13 Vanguard in the Golden State Athletic Conference with three games left to play. They complete their regular season at Menlo (ISR #25) April 29-30. video The GSAC tournament is May 9-12, and the Warriors will host it if they win the pennant.