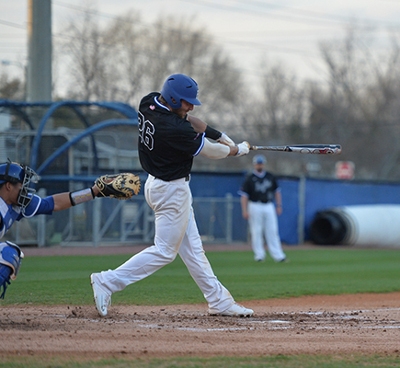 #1 Faulkner trailed the first game of a series against Loyola-New Orleans 4-3 going into the eighth inning. RF Nick Cain hit a solo home run in the bottom of the eighth to send it into extra innings, then hit a three-run home run in the bottom of the 11th to win it 7-4. Cain went 4-for-6 for the game, batted in five runs, scored two more. Three Eagles pitchers held the Wolfpack to five hits. RHP Mark Vasquez, the starter, struck out 13 over six innings. RHP Miguel Castellanos of Cabimas, Venezuela pitched the final three innings, struck out seven, got the win. Story

The Eagles won the remaining two games 12-2 and 12-0. 3B Dennis Morton hit a grand slam home run in the first game, had six RBI total. LHP Ivan Pelaez pitched the shutout in the second game, allowed two hits, struck out eight. Cain went 3-for-4 with a two-run home run and five RBI. Story

The Eagles then lost a mid-week game at #3 Georgia Gwinett 3-1, ending a 17-game winning streak (see below).

The Eagles are tied with #4 Auburn-Montgomery for the lead in the Southern States Athletic Conference; both have 9-0 conference records. The Eagles host Bethel March 25-26. Video 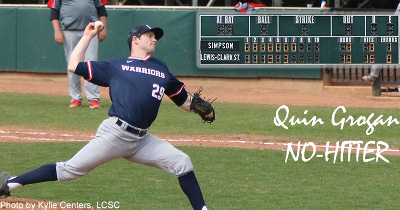 The defending national champions are scheduled to play five games in the Portland, OR area this week; Division II Western Oregon March 23, and Corban March 24-26.

#3 Georgia Gwinnett swept four games against Ohio State-Lima, 12-6, 17-1, 8-3, and 22-0. OF Kyler Timmerman went 8-for-14 for the four games, batted in 11 runs. Story They then defeated #1 Faulkner 3-1. C Brady Shoppe hit an RBI single in the bottom of the sixth inning for the winning run. Starter RHP Nikolay Uherec got the win, went seven innings, struck out 12.

The Grizzlies host a four-game series at home against #11 Keiser March 25-26. Video

#4 Auburn-Montgomery swept Bethel, 8-3, 6-3, and 8-7. The Warhawks took over the first game with six runs in the fourth inning, helped by two errors. The winning run came on a two-RBI single by 1B Kaleb Harris. Story C Houston Davenport hit a sacrifice fly for the winning run in the second game. The Warhawks were out-hit 12-10 in the third game, and trailed until they erupted for six runs in the bottom of the seventh, led by a grand slam home run by LF Blake Grill, to tie it at 7-7. SS Derek Boone hit an RBI single in the bottom of the the eighth to win it. Story

#5 Bellevue had their schedule re-arranged by inclement weather, and won two games against Clarke, 4-2 and 5-4 (8 innings, scheduled for seven). They won another game at Briar Cliff, 12-1. The first game against Clarke was tied 2-2 going into the bottom of the ninth, and LF Derek Bontempo hit a two-run home run to win it. Bontempo went 3-for-5 with three RBI for the game. Story CF Trevor Jones hit an RBI single in the bottom of the eighth to win the second game. RHP Leland Tilley got the win in relief in both games. Story 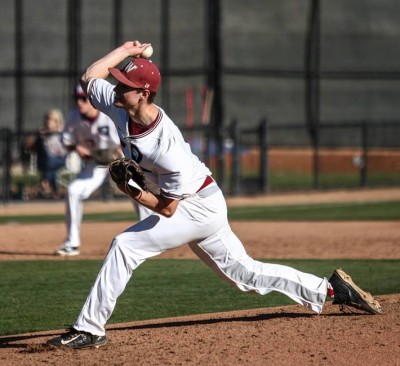 RHP Daniel Butler pitched a no-hitter for #6 Westmont in a 6-0 win over Arizona Christian. He faced the minimum 27 batters. He hit the first batter he faced. The next batter hit into a fielder's choice, and the first inning ended with a double play. He struck out seven. It was Butler's third consecutive complete game, and he was named NAIA Pitcher of the Week. Story

The Warriors completed the sweep with 6-4 and 11-4 wins. They trailed in both games, and the winning run in both games was walked in. Story

The Warriors have a two game lead over #18 Vanguard in the Golden State Athletic Conference, and they visit Vanguard March 23-24. Video 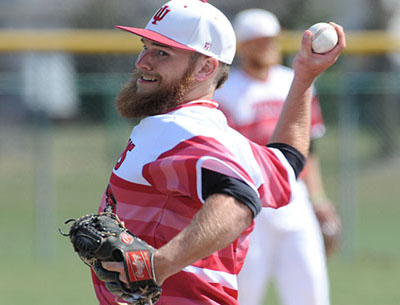 There was at least one more no-hitter during the week. RHP Trey Bickel threw one for Indiana-South Bend in an 18-0 seven-inning win over Purdue North Central. He struck out ten, walked one. It was also the first home game in school history. Story