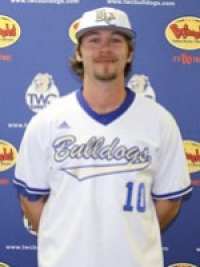 San Diego Christian (ISR #88) is #1 in strength of schedule.

#1 Faulkner lost a non-conference game at #9 Tennessee Wesleyan, then swept Belhaven, 7-1, 7-2, and 7-3. Tennessee Wesleyan got three runs in the bottom of the ninth, including a two-RBI double by LF Chase Edwards, for the win. Story DH Randy Joung hit a two-RBI single for the winning run in the first game against Belhaven. Jack Charleston got the win, had a shutout going into the ninth. Story Victor Arche went the seven-inning distance in the second game, Joung went 3-for-4 with two doubles, two RBI, and two runs scored. The third game was tied 3-3 going into the ninth. The Eagles got the winning run when courtesy runner Junior Santos scored on a passed ball, then added insurance runs with a sacrifice fly by 1B Cody Sos and RBI singles by 2B Dario Polanco and CF Chris Madera. Alejandro Castro got the win, pitched the final two innings, allowed no runs on three hits. Story

#2 Davenport swept Aquinas, 6-2 and 4-0, then lost their first game since February 27 to Indiana Tech, 11-5. The Panthers won the remaining three games of the series, 15-8, 12-1, and 10-8 (10 innings, scheduled for 7). Brandon MacKinnon, a transfer from Georgia Gwinnett, combined with Ryan Butzer and Jonathan Cheshire for the shutout against Aquinas; it was MacKinnon's first start and first win of the season. Story 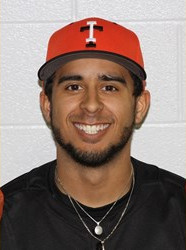 Indiana Tech got a two-run home run from CF Dezmon Nunn for the winning run, then closed the door with a grand slam home run by C Brian Hakes. The Warriors also got a good relief appearance from Jared Harvey, who pitched the final three innings, allowed one run on three hits, struck out four. The Panthers started the second game with seven runs in the first inning. The winning run came in the second inning, on a two-run home run by CF Zac Wilson. Story The offensive barrage continued the next day, but Brendan Bender went the distance in the third game, which was shortened to eight innings by the mercy rule. He allowed no earned runs on five hits. The Warriors got that inning back on the fourth game. They lost an early 4-1 lead, then needed a solo home run by RF Romer Portes in the bottom of the seventh to send it into extra innings. Each team got a run in the eighth, and the Panthers finally prevailed on a two-RBI single by Bender (playing first base) in the top of the tenth. Butzer got the win in relief. Story

#3 Northwood won two of three at Thomas, 7-4, 13-6, and 10-11. Cody Gray got the win in the first game, went seven innings, allowed three runs on three hits, struck out seven. The second game was closer than indicated by the final score. The Seahawks trailed until they scored six runs in the sixth inning, then scored six more runs in the top of the ninth. C Carlos Contreras went 2-for-5 with a double, a sacrifice fly, and six RBI. Story The Seahawks trailed the third game most of the way, came up with three runs in the top of the ninth to make it a one-run game, but didn't get any closer. CF Casey Mullenix hit two home runs, batted in six runs. Story

The Seahawks have a 3 ½ game lead over #16 Embry-Riddle in The Sun Conference, and have clinched at least a share of the pennant, their first in school history. The Seahawks visit #22 Saint Thomas (FL) April 17-18, and close their regular season with a home game against Saint Thomas on April 21.

#4 Oklahoma City played only one game during the week, a 6-3 loss to Division II Oklahoma Christian. 1B J.J. Bissell and SS Adam Clark hit back-to-back home runs for the Stars. Story

The Stars trail #7 Oklahoma Baptist by one game in the Sooner Athletic Conference. The Stars visit Southwestern Assemblies of God April 17-18, and Oklahoma Wesleyan April 21.

#5 and ISR #1 The Master's swept William Jessup, 14-1, 9-3, and 6-1. 1B Collin Nyenhuis went 3-for-4 with a three-run home run and six RBI in the first game. Jason Karkenny got the win. Story 2B Nick Covello went 2-for-3 with a home run and three RBI in the second game; Ty Galloway got the win. Connor Menez got the win in the third game, pitched 5 1/3 innings, allowed no earned runs on four hits, struck out 12. Story

Jason Karkenny is 9-3, 1.87 ERA, and 52 strikeouts, and his nine wins tie him with three other pitchers for fourth-best in the NAIA. Galloway is 10-2, 3.54 ERA, and 55 strikeouts, and his ten wins tie him with two other pitchers for best in the NAIA. The Mustangs visit #13 Westmont April 17-18 (video). The Mustangs have a three game lead over Westmont in the Golden State Athletic Conference, and they will take the GSAC pennant if they win this series.