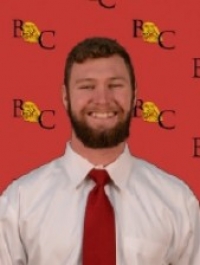 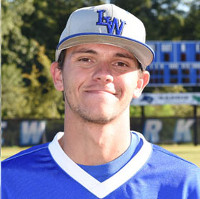 #5 Faulkner had scheduled games against Embry-Riddle and Tennessee Wesleyan rained out, but swept a double-header against Lindenwood-Belleville, 5-2 and 6-0, defeated Judson 7-0, and split two games with Lindsey Wilson, 0-4 and 8-0. Phillip Anderson went the nine-inning distance in the first game against Lindenwood-Belleville, allowed four hits, struck out 12. Anderson is 4-0 in five appearances, has an ERA of 0.81, and has struck out 36. Story Victor Arche pitched a three-hit shutout against Judson. Kurt Lipscomb pitched a four-hit seven-inning shutout in the second game, struck out nine. Ryan Hartman pitched the shutout for Lindsey Wilson, allowed six hits, struck out 15 of the 28 batters he faced. Hartman is 3-0, 0.50 ERA. Story The Eagles responded with a shutout by Jack Charleston the next day. Charleston went the nine-inning distance, scattered seven hits, struck out six, didn't walk a batter. CF Chris Madera went 3-for-4 with a home run, three RBI, and three runs scored. Story

#6 Georgia Gwinnett swept Berea, 13-3, 7-3, and 9-8. Ryan Minteer pitched the first six innings of the first game, allowed no runs on two hits, struck out seven. Story The Grizziles trailed the third game 8-5 going into the eighth inning, the result of a seven-run fourth inning for the Mountaineers. The Grizzlies came up with four runs in the bottom of the eighth. RF Ty Abbott scored the tying run on a wild pitch, then SS Jereid Woods hit a sacrifice fly for the winning run. Story Grizzlies 2B Aresenio Watlington leads the NAIA with 21 stolen bases. The Grizzlies host Madonna March 5 and 7, Lindsey Wilson March 6, and Roosevelt March 8 (video). 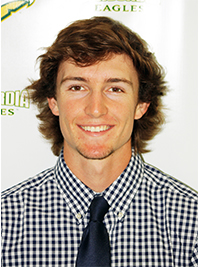 #18 Concordia-Irvine has opened up a two-game lead in the Golden State Athletic Conference standings. The Eagles swept Vanguard, 3-1, 3-2, and 3-2 (14 innings), while The Master's dropped a game to Westmont. The first game was scoreless for six innings. The winning run was scored in the eighth inning by DH Dane Vande Guchte, who was bunted to third by 3B Kyle Jones, then scored on a throwing error. Story The Eagles tied the second game 2-2 on an RBI single by CF Mitchell Esser in the top of the eighth, then got the winning run when 2B Ryan Goodman scored on a wild pitch. The third game was tied 2-2 after six innings. Eagles pitcher Logan Comphel, a transfer from Southern Nevada, gave up the tying run, a home run by 2B Justin Davis. He proceeded to pitch 7 2/3 innings, allowed only two more hits, struck out six, didn't walk a batter, and got the win. Lions starter Jordan Moak went ten innings, threw 141 pitches, scattered eight hits, and allowed only one earned run. The Eagles won it when Esser reached on a fielder's choice, and 3B Kyle Jones scored. Story The Eagles are 21-3, and host Westmont March 6-7 (video).

In other GSAC action, San Diego Christian's Gio Ochoa pitched a nine-inning no-hitter in a 12-0 win over Biola. Story

Perfect Game released a ranking on Feb. 25. They have LSU-Shreveport #4, Embry-Riddle #6, and Tabor #7. The first coaches' poll of the season will be released March 10.

Other teams with good starts: Tabor is 13-1. Davenport and LSU-Shreveport are 9-2.