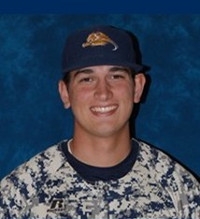 The North won the sixth annual Sun Conference All-Star Game 14-10. The offensive standouts for the south were 3B Eric Santamaria of Saint Thomas and C Carlos Contreras of Northwood (FL). Both went 3-for-3; Santamaria had three RBI, and Contreras had two. For the North, Dylan Heiring of Warner and RHP Sean Stanislawski of Webber International both struck out all three batters they faced. (All of the pitchers in the game pitched one inning.) Story 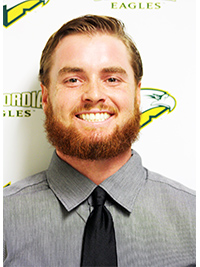 Conference play has already started in the Golden State Athletic Conference, with all eight teams in action. And, the two teams predicted to be the best in the conference, Concordia-Irvine and The Master's, played each other, at Irvine. Concordia won the first two games, 7-5 and 10-0, and The Master's won the third, 4-2. 1B Daniel Shine singled in the winning run in the first game. He also stole a base, and scored two runs. Story He went 2-4 with four RBI in the second game. Colin Orellana and Garrett Kraemer combined for the shutout; Kraemer allowed only two hits over the last four innings. In the third game, CF-RHP Steve Karkenny picked up from where he left off last year. He drew a walk and scored the winning run (on a double by 1B Collin Nyenhuis) in the top of the sixth, then moved to the mound in the bottom of the sixth, retired all five batters he faced, and got a save. Nyenhuis went 2-for-3 with a home run, a double, and two RBI. Story