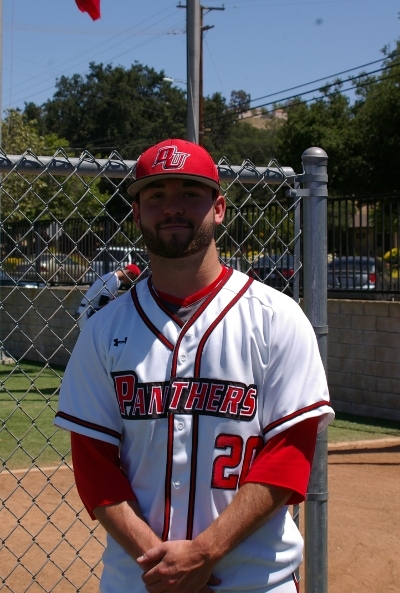 RF Jerod Bartnik led off the eighth inning with a home run off RHP Clayton Voechting for the only run of the game. Voechting had struck out the side in the previous inning, and the home run was only the second hit he had allowed.

LHP Conor Lillis-White, LHP Sean Callegari, and RHP Matt Thornton combined for the shutout, and allowed a total of six hits; Callegari got the win. However, much of the credit should go to the Thunderbirds' defense, which has traditionally been among the best in the NAIA. The Thunderbirds and second in the NAIA with a fielding percentage of .975. (The Master's is first, at .978.)

The Thunderbirds had a double play in the first inning. 2B Matt Spillman made a good defensive play to prevent a run from scoring in the third inning. CF Bryan Arthur robbed 1B Ian Sakry of a hit in the fifth inning. In the bottom of the seventh, a bunt attempt with runners at first and second with nobody out resulted in a force out at third. C Brody Hawkins caught courtesy runner Justin Davis attempting to steal third for the second out of the inning, then threw out Sakry attempting to steal second to end the inning. Callegari picked off a baserunner at first in the eighth inning. 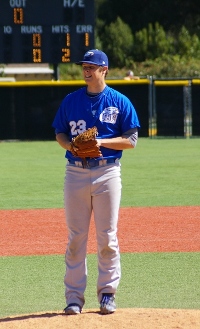 Callegari struck out the first batter in the bottom of the ninth. He was relieved by Thornton, who was greeted by a single by CF Thomas Mobley. Thornton struck out the next batter, but he walked the one after that to put the tying run on second. He had an 0-2 count on the following batter, but with the Lions down to their last strike, Thornton hit him to load the bases. However, he struck out Sakry to end it.

The Panthers got all of their runs in the first inning, at the expense of Tommy Kister. DH E.J. Grochowalski hit an RBI double to get it started. 2B Jordan Zylstra hit an RBI single for the second run. The third run came in on a ground out by RF Ryan Manning. 3B Eric Cummings completed the scoring with an RBI single.

Jason Karkenny took over for the Mustangs in the second inning, and held the Panthers to one hit the rest of the way. However, the Mustangs were unable to solve Murphy. They had the bases loaded with no outs in the top of the fourth, but a strikeout and a double play ended the inning. 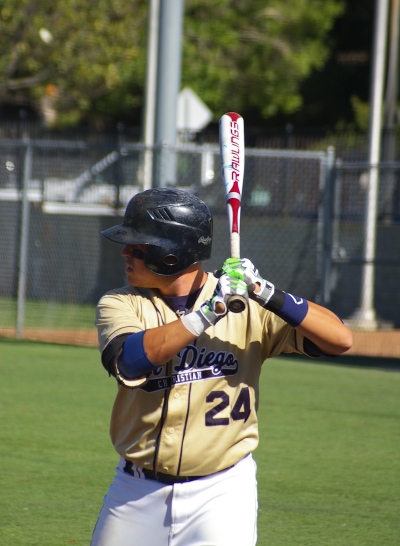 The great defensive display that the Thunderbirds gave in the first game of the day was absent in this one. The Hawks had only eleven hits; four of their runs were unearned, and the Hawks benefited from several additional gifts, such as a failure to complete a double play, a passed ball on a third strike, and a run scored on a wild pitch. However, it was a two-run home run by 3B Jeff Lusardi in the sixth inning that put the Hawks in firm control of this game.

The Hawks' ace, RHP Gabriel Hemmer, pitched seven scoreless innings, allowed only three hits, struck out six. He was threatened only in the bottom of the seventh inning. The Thunderbirds had runners at second and third with nobody out, but Hemmer got out of it with a ground out, a popup in foul territory, and a strikeout. RHP David Johnson pitched another scoreless inning before the Thunderbirds finally got on the board in the bottom of the ninth. 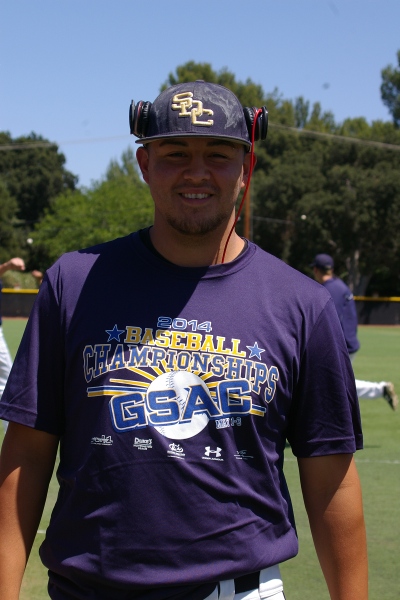 C Jacob Rogers went 2-for-4 with two RBI for the Hawks, and his courtesy runners scored two runs. RHP Alex Webb got the loss.

Schedule for Tuesday (all times PDT):

9 AM: Vanguard vs. The Master's

More in this category: « Top 25 and recap for April 29 Santa Clarita Opening Round Bracket, day 2 »