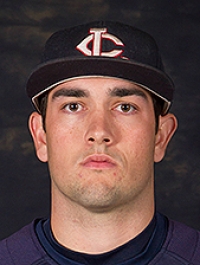 The NAIA Coaches' Poll for April 8, 2014, with Boyd Nation's ISR ranking. Locations for the Opening Round tournaments appear at the end of this article.

Matt Page has batted in 57 runs for the Bison, and Page and Steven Knudson have hit nine home runs apiece. The Bison now lead the Sooner Athletic Conference by ½ game over #10 Oklahoma City. The Bison visit Southwestern Assemblies of God April 17-18.

#2 Lewis-Clark State swept Simpson, 14-0, 9-4, 15-6, and 13-1. Not much to see here, either; Simpson is 1-39, and the first and fourth games were mercy-ruled. Michael Noteware and J.T. Kaul combined for the shutout in the first game. The second game was tied 3-3 after seven innings, but the Warriors pulled away with four runs in the eighth inning. An RBI double by pinch-hitter Chris Walker brought in the winning run. Carsen Nylund got the win.

Noteware's record is 5-0, 0.88 ERA, 53 K. The Warriors have have won 14 straight, and have clinched the NAIA West pennant. (They don't compete in the NAIA West tournament.) The Warriors concluded their home season against a good Corban team (ISR #19) April 18-19. 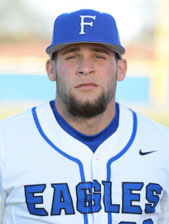 Llera is batting .441 for the Eagles. The Eagles lead the Southern States Athletic Conference by 1 1/2 games over #11 Brewton-Parker. They play Georgia Gwinnett again on April 16 (Live video), then visit Southern Wesleyan April 18-19.

#4 Georgia Gwinnett swept LSU-Alexandria (ISR #27), 10-6, 9-3, and 14-7. The Grizzlies trailed the first game going into the ninth inning, but came up with five runs in the top of the ninth. 1B Sloan Strickland went 3-for-4 with two doubles and three RBI. Ryan Turner got the win. CF Christian Van Camp hit a home run and had four RBI in the second game. Three Grizzlies pitchers combined for 16 strikeouts; starter Alex Roberts got ten of them, and the win. Andy Threatt struck out the side in the bottom of the ninth. SS Zach Alvord hit a home run and had three RBI in the third game.

#5 San Diego Christian won two of three against #24 Vanguard, 7-4, 5-3, and 1-5. LF Chad Erickson hit a two-run home run in the first game; Mark Vasquez got the win. Gabriel Hemmer went the distance in the second game, scattered ten hits, struck out five. Courtesy runner Chris Gonzalez scored the winning run on an error. 2B Gilbert Vierra went 3-for-4 with an RBI and a run scored. In the third game, the Hawks were held to three hits by Clayton Voechting and Marshall McKinnon. Voechting got the win, pitched six innings of a seven-inning game, allowed two hits, struck out four. LF Brandon Sandoval went 3-for-3 with an RBI and a run scored for the Lions. 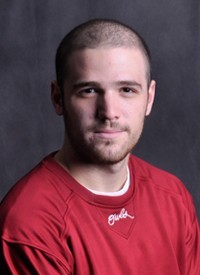 #6 Missouri Baptist lost two of three to William Woods (ISR #34), 3-4, 6-8, and 10-3. In the first game, the Spartans scored all three of their runs in the top of the seventh inning, but RF Nick Spagnola scored the winning run for the Owls on a balk in the bottom of the seventh. (The balk call was disputed by the Spartans' coaches.) James Ball got the win in relief, pitched the final 2 1/3 innings, allowed no runs on three hits, struck out two. The Spartans out-hit the Owls 12-5 in the second game. The Owls got their first two runs on a home run by Spagnola, then got a two-RBI single by CF Cody Stewart, a sacrifice fly by 1B Matt Thomas, a squeeze bunt by 2B Alex St. Pierre, and another two-RBI single by Stewart. Ryan Yuengel got the win in relief for the Owls. DH Eli Roundtree went 3-for-5 with two home runs, a double, and five RBI in the third game. Michael Yarborough got the win, went 6 1/3 innings, allowed no earned runs on four hits, struck out nine. Spagnola was 4-for-10 for the series, with a home run, a triple, a double, four stolen bases, four RBI, and four runs scored.

Yarborough and Brandon Zywicki are both 9-0 for the Spartans. The Spartans lead the American Midwest Conference by 1 ½ games. They host Hannibal-LaGrange April 18-19.

#7 Georgetown C. (KY) swept U. of the Cumberlands, 5-2, 4-0, and 3-1. 3B Rick Reyes went 3-for-4 with a home run and two RBI in the first game; Arthur Tyler got the win. Brian Berry and Craig Ramsey combined for a three hit shutout in the second game. Berry went eight innings, allowed three hits, struck out five. 1B Martin Lemus went 3-for-4 with an RBI. The Tigers were out-hit 7-4 in the third game, Lemus scored the winning run on a ground out by 3B Rick Reyes, and DH Trey Gross hit an RBI single for the insurance run. Shaun Meyer got the win.

The Tigers have clinched the Mid-South Conference pennant. They host Campbellsville, who has won eight straight, March 18-19.

Here are the locations for the NAIA Opening Round tournaments, to be played May 12-15: